Ladybugs Resort To Eavesdropping To Survive

In the struggle for the survival of the fittest, ladybugs have developed
espionage skills to help them to select the time and place to lay their
eggs where they and their offspring can avoid the local bullies -- the
tree ants. 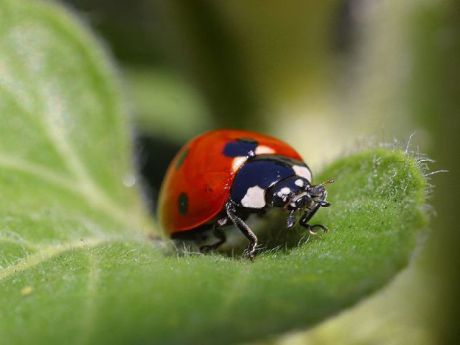 Ladybug (Public Domain Image) The ladybugs are able to eavesdrop on the ants to get the
information they need.

Ladybugs like to lay their eggs in an area that is rich in prey for an easily accessible food source. Among their favorites is the green coffee scale insect -- an insect that the tree ants like to farm so that they can milk the scale insects for their honeydew. The ants regularly beat up the ladybugs over this territorial issue.

Scientists wanting to figure out how the ladybugs manage to deal with this problem went to a coffee plantation in Mexico and collected a range of insects, including ladybugs, scale insects, tree ants and others. It 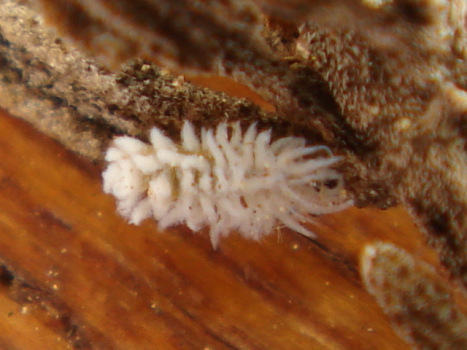 Ladybug Larvae (Photo by rupp.de/Creative Commons via Wikimedia)turned out that the ants emit a strong pheromone when attacked by phorid flies. On the release of the scent, the ants remain motionless for up to two hours to trick the motion-sensing flies. The ladybugs, especially pregnant ones, have learned to pick up, or eavesdrop, on this chemical reaction and use it as a time to seek areas rich in scale insects to lay their eggs in peace and quiet.

This is the first time that scientists were able to detect inter-species activity based on the pheromone release of ants. This may lead scientists to greater awareness of an entire web of interactions between species.

There's Something Fishy About This Mosquito Control
To Bee Or Not To Bee, The Return Of The 'Blue' Calamintha Bee

Spidey Skills For Mankind: Slim To None
Comments