The Kitten And The Macaque: A Love Story

No one ever said that humans had to be the only primates to adopt
kittens to raise as their own. While apes in captivity have been given
kittens to help comfort them and provide them with love, one wild
macaque on the island of Bali has found love by adopting a kitten
without human intervention. And the kitten is happy too. 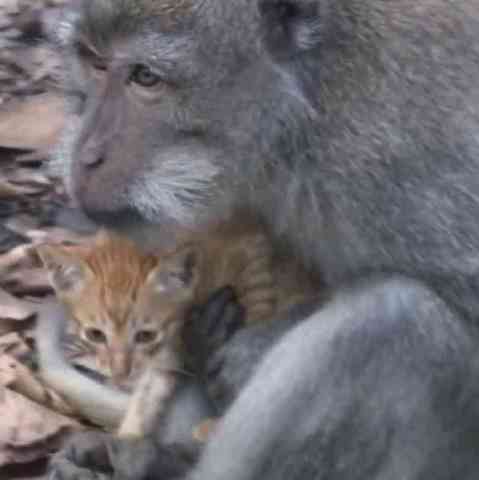 The Macaque with His Kitten (You Tube Image)

The pair was noticed a few years ago at the Monkey Forest Park in the Ubud region of Bali in Indonesia. The male long-tailed macaque was apparently getting in touch with his maternal side and caring for the little ginger kitten as though it was his own son. The cat was being defended, cuddled, and groomed by its adoptive father. The monkey was even seen introducing the cat to his fellow macaques. 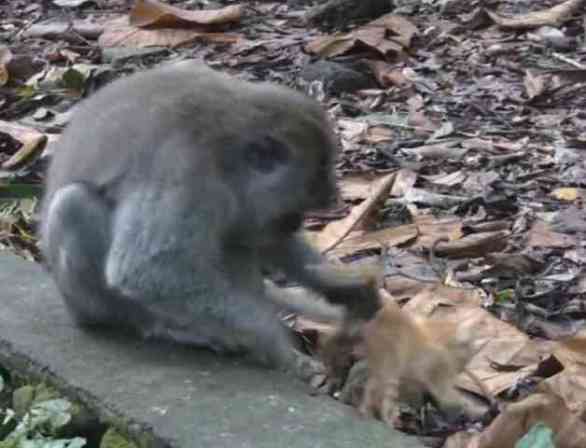 The kitten was probably fed fairly well since long-tailed macaques are known to eat small vertebrates such as small birds, lizards, frogs, and fish -- just the sort of things domestic cats are likely to hunt around home.

Sources: The Guardian, The Telegraph, Wikipedia

Cats
Cute
Fun
Monkeys
News Stories
Weird, Odd or Bizarre
Wildlife
PetsLady's Pick: Cute Ginger Kitten Of The Day
It's Not Time to Wake Up -- The Sleeping Animal Video of the Day!!!