The new Prince George isn't the only baby making a remarkable appearance
in the world in the last week. Little Ippo was born on Saturday on the
Aglietti family farm in Italy. He is the love child of a very different
kind of affair of the heart. His daddy is a zebra and his mummy is a
donkey. This makes him Italy's only zonkey and, for the moment at least,
a star on the world stage. 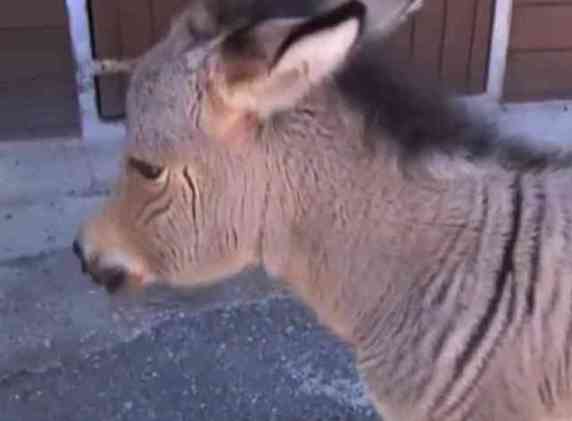 Ippo, the Zonkey (You Tube Image)

The new native of Florence, Italy, has a layer of brown fur like mom, but also sports those nifty stripes from dad. Both parents are rescues -- dad from a failing zoo and mom is one of a breed of endangered donkeys in Amiata, Italy. The farm often takes in animals seized by police. 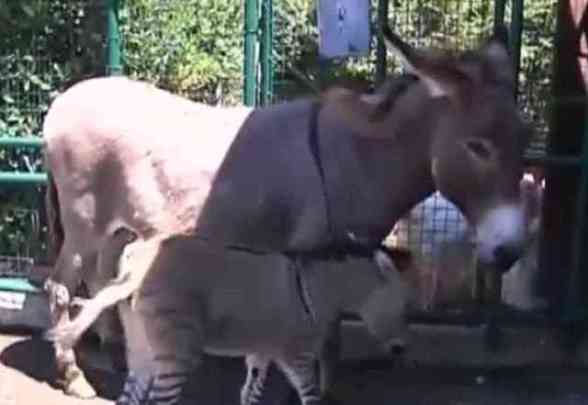 Ippo, the Zonkey and his Mummy (You Tube Image)

The two animals were kept in separate pens, but once Cupid's arrow had made its mark apparently no fence could hold them back. The zebra managed to climb the fence to catch a few moments of interspecies nookie. The result, as you can see, is one of the cutest little equines ever. 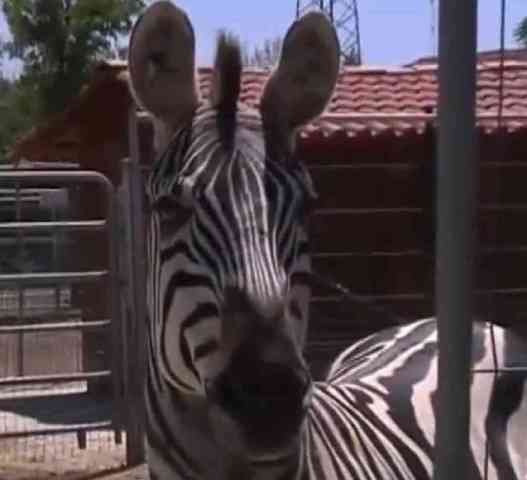 The Baby Daddy (You Tube Image)

While such hybrids are rare, a zonkey was born Chestatee Wildlife Preserve in Georgia in 2010. A donkra was born in China in 2011. The youngsters are most likely to resemble the non-zebra parent in appearance with a zesty splash of zebra strips.

Hello Godzilla? Catzilla Figurines Are Coming To Your Town