It’s A Bear-Eat-Bear World In Canada!

A group of hikers enjoying the beautiful wilderness of Alberta, Canada’s Banff National Park made a shocking discovery when they found an immense grizzly bear eating something… 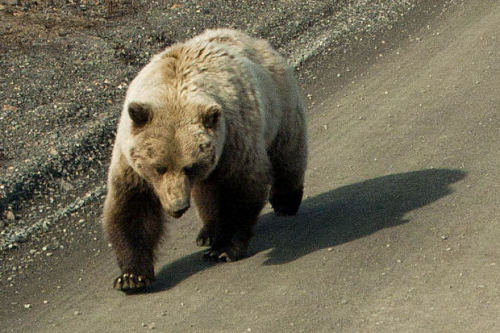 Apparently, the alpha-alpha predator and all-around tough bear known to the park’s officials simply as “Grizzly Bear No. 122,” the largest, biggest and baddest bear in the area, had stalked, killed and consumed a smaller black bear earlier this month. While this is far from the first time that a grizzly has made a meal out of a black bear, (No. 122 completed a similar black bear kill around this time last year), it is fairly rare for researchers to actually document these “bear-eats-bear” incidents. 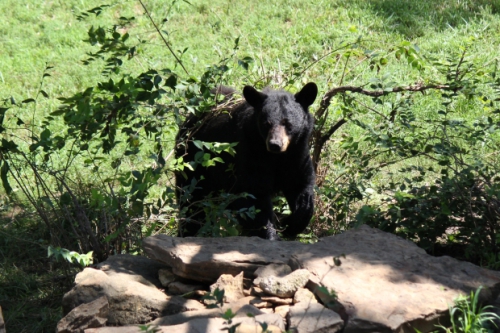 Park officials temporarily closed the Sundance Canyon area of the Baniff National park until Grizzly Bear No. 122 ate his fill of the carcass and left the area. During the investigation of 122’s big hunt, all that remained of the black bear was a skull, four paws, its pelt and a few scattered bones. Since No. 122 could weigh up to an estimated 606lb. or more, the approximately 99lb black bear didn’t stand a chance. 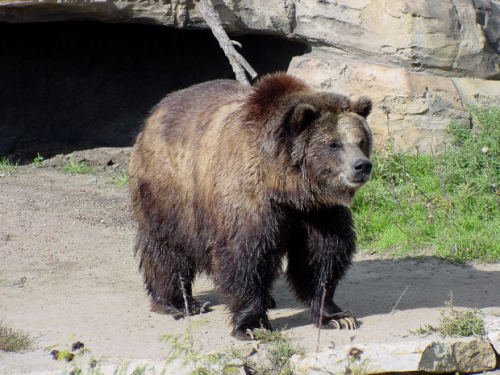 Don’t feel too badly about the unfortunate black bear, as Grizzly Bear No. 122 needs every scrap of nutrition he can get if he is to easily survive the coming winter. 122 will stuff his face with anything and everything edible to pack on the pounds, such as berries, nuts, roots and any animal that he can catch. Grizzly bears are currently an endangered, and are found throughout Alaska and western Canada.

Lost Bear Cub Goes Sight-Seeing In Drugstore
Hibernate In Winter, Estivate In Summer: Which Animals Do What?