Invasive species are a serious threat to wildlife in the U.S. and easily
a problem that you think of as being something that happens in other
places, not where you live. That's why I was shocked to find that ponds
in my hometown have been hit with a huge invasion -- of goldfish. Okay, we
aren't talking about the little guys you keep in a bowl. These are the
big ornamental koi that people buy for their home ponds. 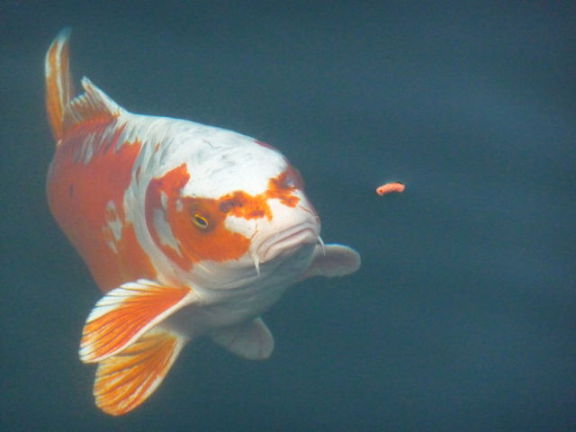 In Boulder, Colorado the population has stopped worrying about the scourge of non-native Russian Olive trees and started realizing that goldfish are getting into local waterways and threatening indigenous species. Last month Boulder Open Space rangers discovered as many as 4,000 koi goldfish in Teller Lake #5 in the eastern part of the county.

It is estimated that a total of four koi that had once been in an aquarium or private pond were let loose in the lake when the owner no longer wanted them. Making such a dump may seem somehow "humane" to the fish, but it could be devastating to the environment of the lake and potentially move downstream to devastate more waterways. It is also illegal to do so. 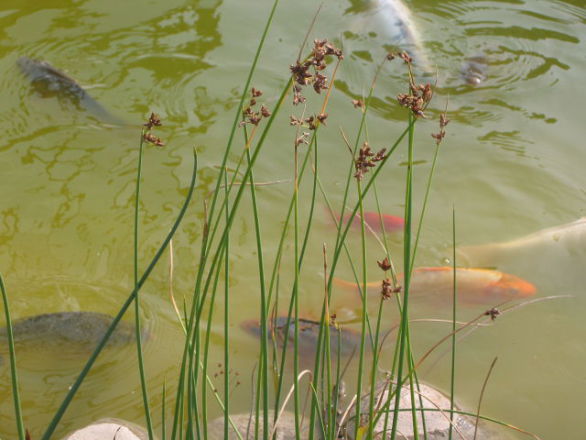 This is not the first time that Boulder has been faced with such a problem. In 2012 a koi infestation was found in Thunderbird Lake inside the city of Boulder. In this case Colorado Parks and Wildlife stunned the fish with a low electrical current so that they could pick out the koi and return the bluegill, bass, and catfish to the pond. In the end they found that they netted more than 2000 koi.

Additional concern for the lakes in the area comes from the "bucket brigade." These people are anglers who dump the sport fish of their choice into Colorado waters. Some areas are stocked with non-native fish, but not until a complete assessment of the fish and their impact on the environment is thoroughly researched.

The current infestation may require the lake to be drained to get all of the fish. As with the previous koi problem the fish will likely be donated to a local raptor rehabilitation program as food for the birds.

Wherever you live, if you have fish that you no longer want or can no longer care for you should try finding them a home on Craig's List or contact your local animal shelter. While shelters are largely only set up to deal with cats and dogs, they may know of other resources for finding them a new, and legal, home.

Pilot & Pitbull Co-Pilot Take To The Friendly Skies For Rescues