Idaho Bear Tries To Come In Through The Cat Door

When you live in an area that is full of wildlife you have to get used
to the idea that other animals will try to get in through the cat door.
They do this to hunt for food or a comfy place to snooze. One man in
Schweitzer Mountain, Idaho found recently that this is not limited to
animals that can actually fit through the cat door -- like a black bear. 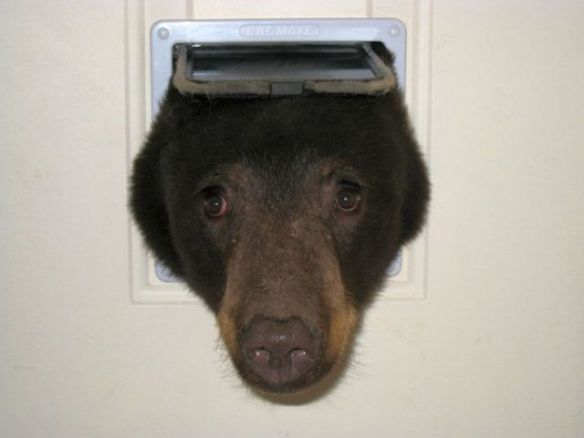 Doug Harder said that black bears are no strangers to the outside of his home to clean out the bird feeder or check for what other kind of munchies might be available, but this was a new one. Last week he came home from vacation to find that a bear had broken in through a second story sliding door, helped himself to whatever he wanted to eat, and took a major dump on the carpet. 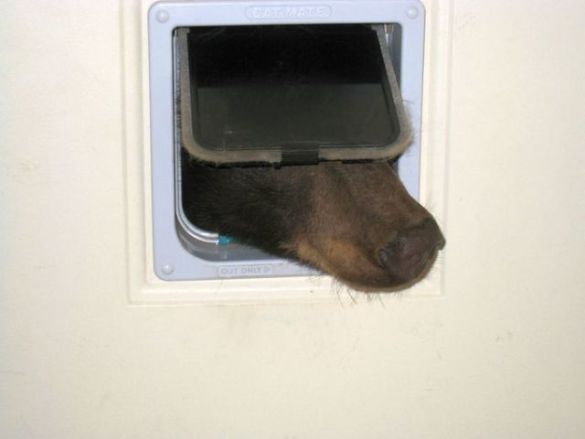 The bear apparently enjoyed a feast of flour, brownie mix, and Toblerone chocolate. He had even gone way back into the bedroom to grab a can of Pepsi. As for the carpet, well, Harder says that it took two hours scrubbing with carpet cleaner to get the bear boom-boom out. 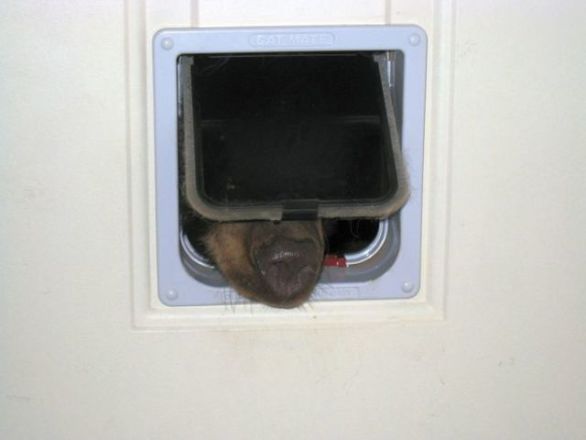 The following day the bear returned and tried repeatedly to get in through the cat door. Harder snapped photos of the young bear's efforts. Apparently brownie mix and Toblerone is the answer to the call of the wild.