How Scary Is A Troll Cat?

Most of us have never heard of a Troll Cat. So what is it? Well, it is a
creature common in old Scandinavian folklore. The cat was reputed to
have been created by witches from human hair, nails, wood shavings, and
other such items. Once brought to life the cat would suck milk from the
teats of cows and steal cream from neighboring households only to bring
it back and spit it back out in the witch's milk pail. 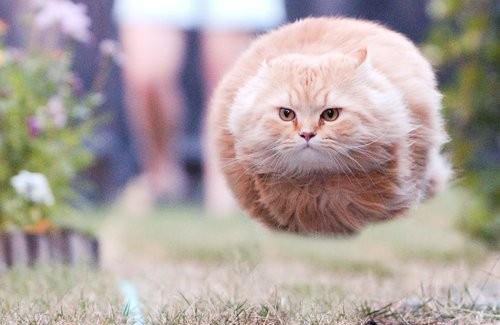 A Troll Cat? (Image via SmileysWeLove.com)

The troll cat comes in a number of forms -- as an ordinary house cat, a cat that looks like a ball of yarn, a ball, a hare, or a rabbit. This leads one to wonder if the creature was a shapeshifter, or perhaps even a tribble. In addition to the ingredients mentioned above, the witch would add several drops of her own blood and chant an incantation to summon help from Satan in creating the cat.

In one Norwegian version of the tale it differed in that any damage done to the cat-shaped troll cat would cause the same damage to be inflicted upon the witch. In that case life was probably pretty dangerous for both cat and witch. In the case of the ball-shaped troll cat doing harm to the creature would do nothing to the witch, but might cause milk to shoot out of any wound inflicted. Either way, a dead witch had to be buried with her troll cat or she would leave the grave to wander until she had found her precious puss. 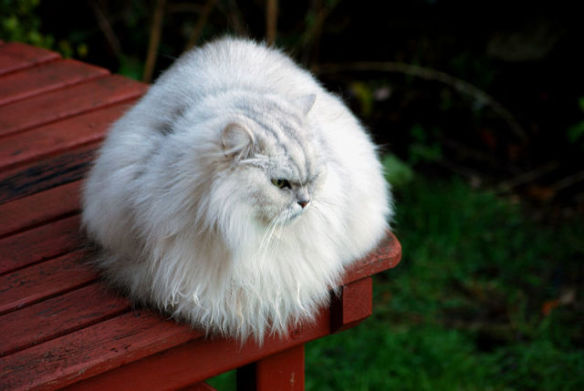 A Troll Cat? (Image by Allen Watking/Creative Commons via Wikimedia)

Historically gypsies would apparently take great advantage of these folktales and would steal milk to feed their families and put the blame on troll cats.  In 1914 Norwegian novelist Johan Bojer, while a lieutenant in the army, refused to pay a rent increase made on all of the soldiers. Local women wanted to raise money to cover the increase for the soldiers and he refused to let them do so. He immediately fell ill for the next three days. The women were sure that it was because a troll cat had been sicked on him.

Explanations for the belief in the existence of troll cats appear be related to the observation of stuff (such as hair) regurgitated by cattle, slime mold, and the foam made by spittle bugs were seen as troll cat droppings or vomit. The materials were used in the destruction of the cat and/or witch. Also considered as an explanation for the belief in troll cats is the Norwegian Forest Cat, a particularly long-haired cat native to Northern Europe.

Now, I am of Norwegian descent and have been called a witch (with and without a 'b'), but my cat has never once brought me any milk. Granted there are no cows nearby and most of my neighbors are vegetarians, but I think she is falling down on the job.