How Many Ways Can You Say Cat?

When a kid only wants one thing for Christmas they can be incredibly
persistent toward achieving this goal. This is not just wishful thinking
at this point, it is a mission from God. One little girl wants a cat
for Christmas and she wants it so badly that she looked up how to say
cat in 16 languages -- including several that do not use a Roman
alphabet. That is more determination than most of us put into anything. 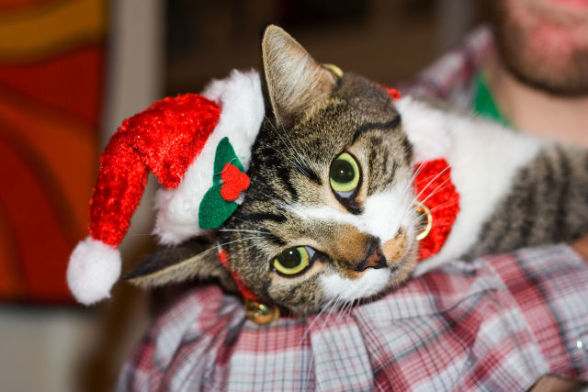 Her mom posted the letter on Reddit and Imgur. While she was sharing the cute and funny of it, it also seemed that she was proud of her little one. The letter was all about the cat. She didn't sneak a Barbie Dream House in there anywhere. Mom explained that the family had owned two previous cats. One had eaten something bad and had died after $2000 in vet bills. The other had run away at some point. The girl missed them so much that she felt the need for a new cat to fill that empty space in her heart.

Adding to the family cat drama is Dad saying that if Mom gets a cat he's leaving. Mom said that they're getting a cat. Why? Because the cat is easier to take care of than Dad is. 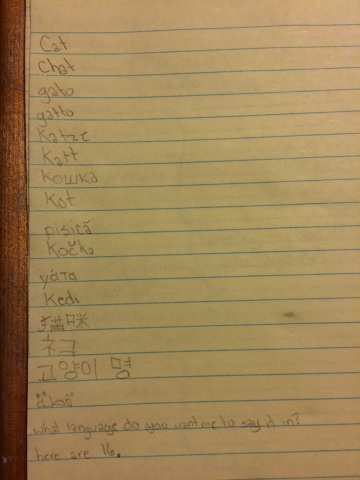 This all brought back my quest for a cat as a child. I wrote Santa (only in English), wished on stars, wishing wells, and such, and prayed. When did I finally get a cat? Once my dad left home and my parents divorced. I hope that this family doesn't come to that. Cats are important, but so are daddies.