Selfies are a craze that has swept the human world and it now seems to be jumping species. Recently Scott Brierley was at the West Midlands Safari Park in Worcester, England, and taking selfies of himself with the elephants, when he accidentally dropped his phone outside the car. Moments later history was made. 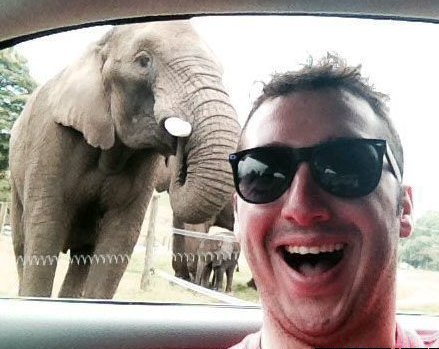 Brierley realized that it wasn't safe for him to get out of the car to retrieve his phone, especially when nearby staffers were motioning to him to stay in the car. He drove towards them and Andy Plumb, the head keeper went to retrieve his phone -- or what was left of it after one of the elephants, Latabe, had taken an interest in the device.

Plumb returned the phone to Brierley who immediately checked it out to make sure it was still working. To his amazement, Latabe had managed to take two selfies, or, more precisely, elphies. Even Plumb was blown away. People drop their smart phones in the enclosure all the time, but this was the first time it resulted in photographic evidence that elephants are getting into the selfie craze. 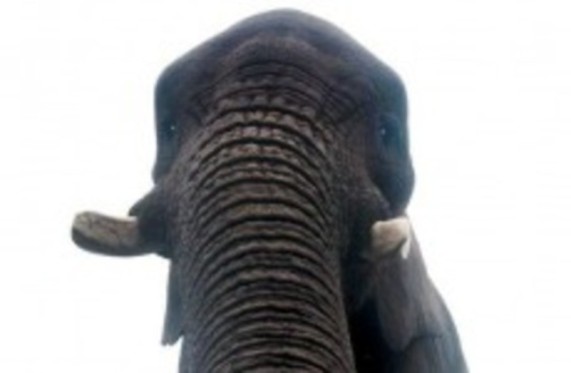 Even with the amazing photos that have brought him worldwide notice, chances are pretty good that Brierley will keep a tighter grip on his phone in the future.

What Do Turkeys Do To Relax? The Animal Video Of The Day!!!
Comments