The Denver Zoo has had several animals temporarily added to its exhibits
and they don't need feeding, veterinary services, or room to run. That
is because these animals are amazing sculptures made of Lego® blocks by artist Sean Kenney. These incredible pieces of art will be on display at the zoo from now until November 1st. 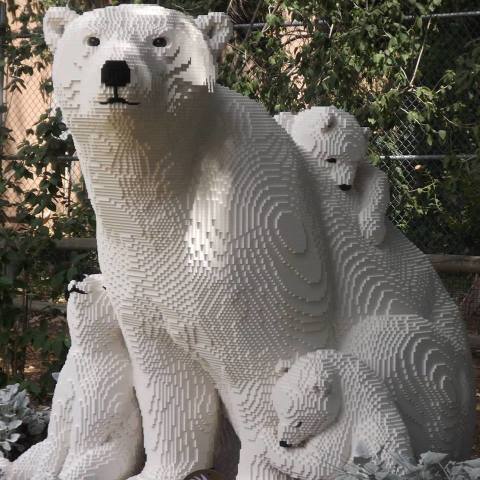 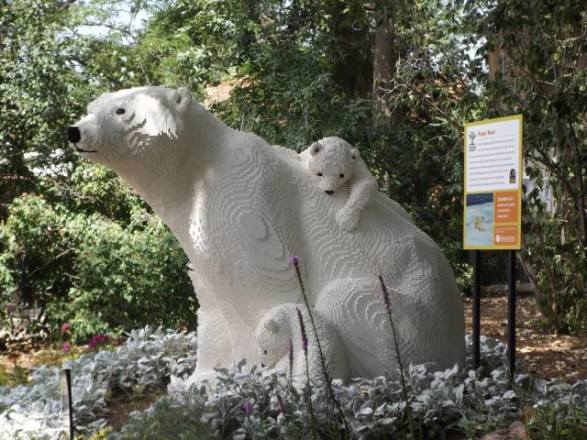 When the Lego building blocks first came out in 1949 there was most likely little realization of just how far these little bits of plastic would go in the world. While they are still an extremely popular child's toy and have even had their own movie, artists have taken up the blocks as a wonderful medium for such things as sculptures and mosaics. 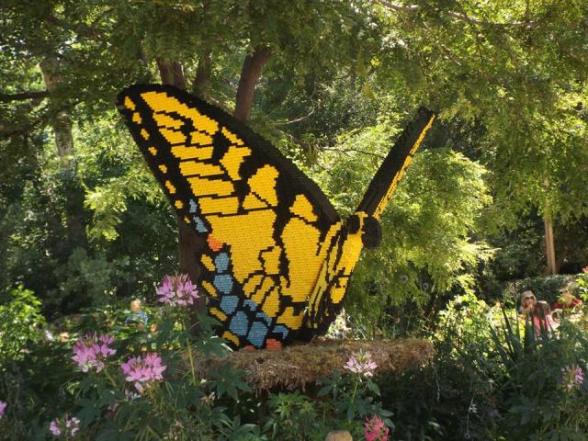 Award-winning artist Sean Kenney is definitely in touch with his inner child as he has spent more than ten years creating Lego sculptures for clients around the world. Even this lion, now named Leo, was commissioned by the Denver Zoo for this exhibition. 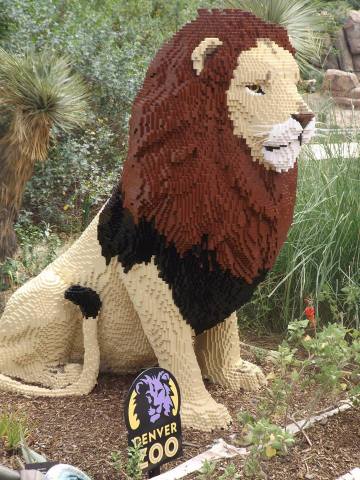 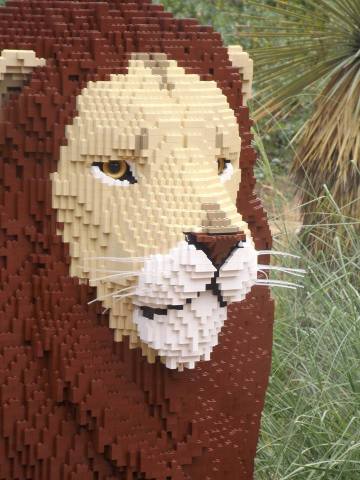 The exhibition is called Nature Connects and is on tour through the U.S. for the next few years. In addition to Denver, other pieces in the exhibit are also currently on display at the Minnesota Arboretum in Chaska, Minnesota, Powell Gardens in Kansas City, and the Morton Arboretum in Lisle, Illinois. 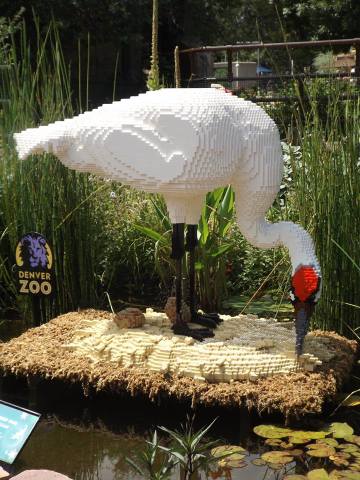 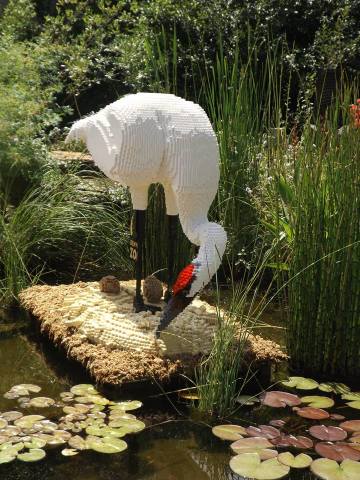 In the past week my friend Annie Bear, also an artist, went to the zoo to see these incredible sculptures. She was moved by the artistry and beauty she saw and she took these wonderful photos. She kindly agreed to let me share them with you. Her talent for art is also coming through the camera lens. 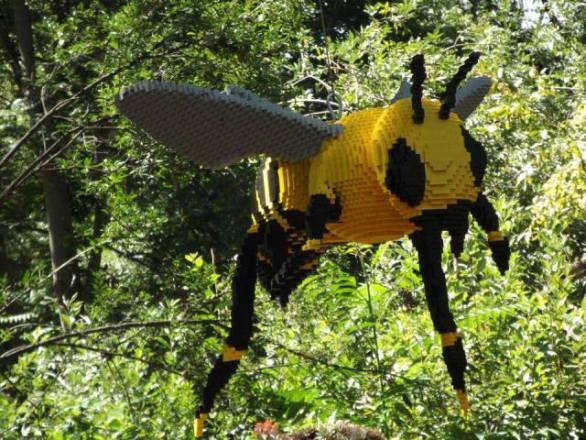 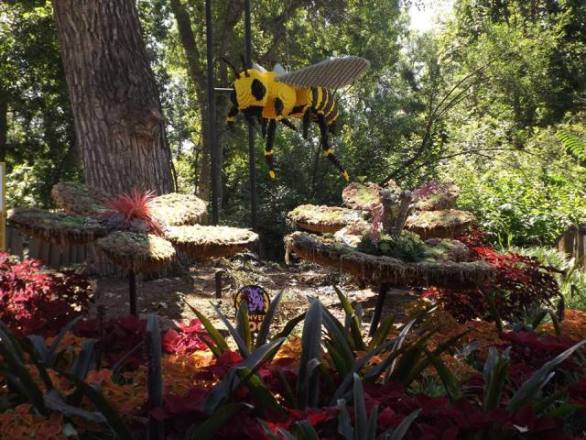 More than 1.6 million Lego blocks were used to create more than 50 sculptures for the exhibit, many of them larger than life. This escalation of size was necessary since some of the subjects aren't much larger than a Lego brick themselves. 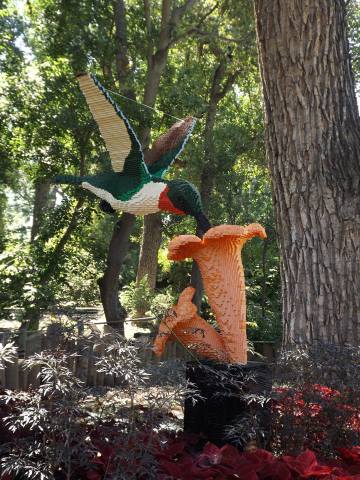 The pieces are scattered around the zoo grounds. Though they look like that they might be quite light weight since they are made of plastic. However, a sculpture like the over-sized bee, for example, weighs 400 pounds. 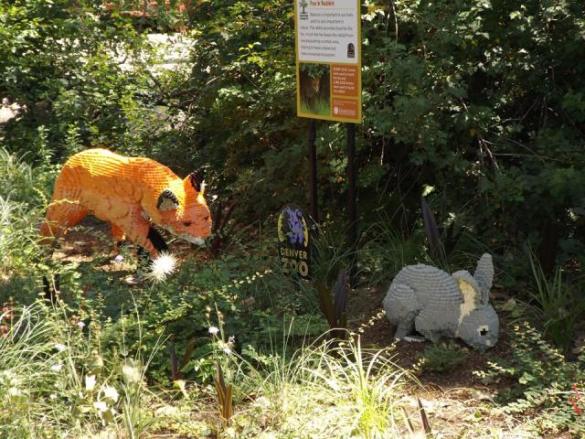 While the bulk of the sculptures are of animals you would find in a zoo, there are also a few other pieces tucked in here and there -- but humans are animals too, aren't they? 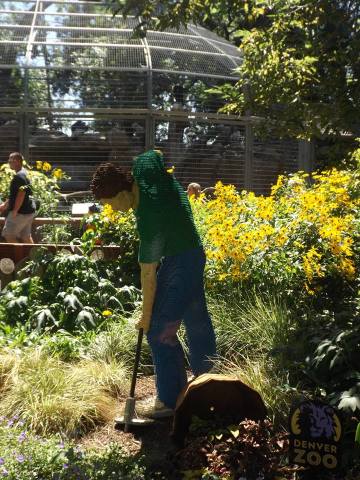 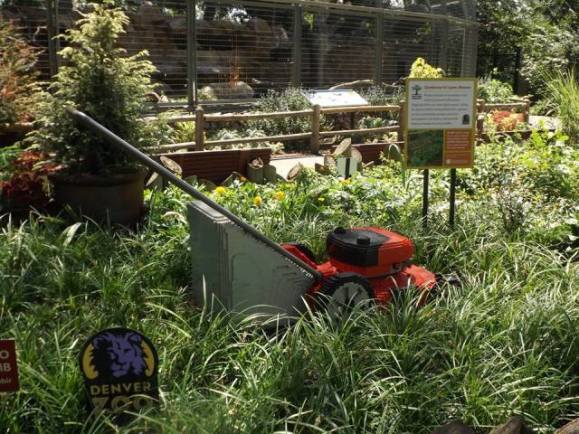 The bison mother and child should be especially popular since the American Buffalo is the mascot for the University of Colorado. The main campus for that venerable institution is in nearby Boulder. 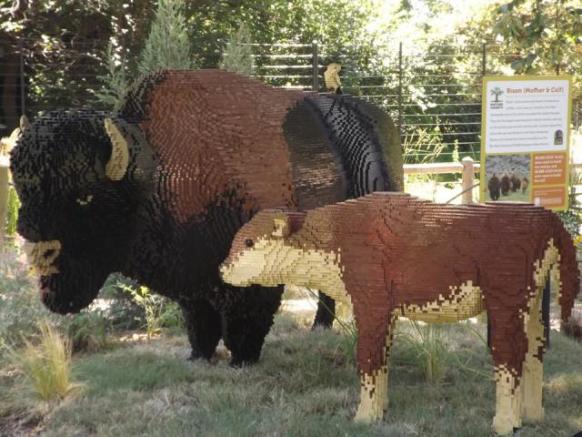 To find out if this exhibit is coming to a North American venue near you, check out Sean Kenney's website. This will also give you the opportunity to check out some of his other amazing pieces from Nature Connects, as well as his other work.. 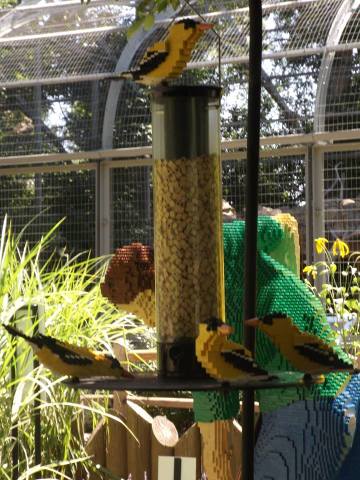 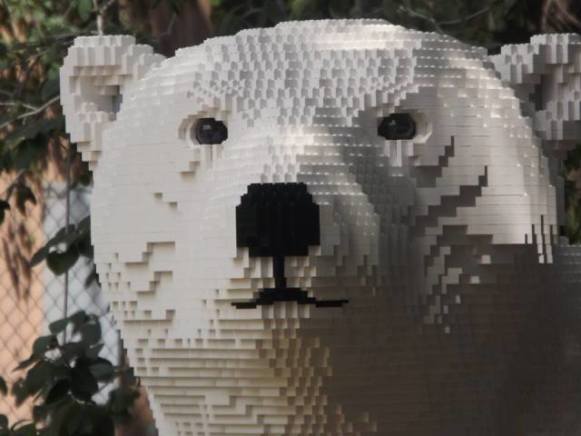 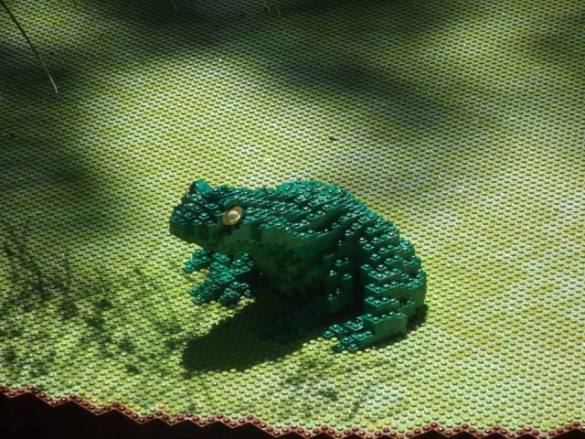 2019 Halloween Costumes For Our Pets
Comments