The Pet Collective has done it again. Their hilarious recent video parody was just released and appropriately timed to 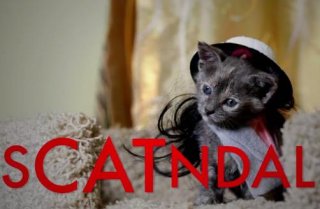 debut just one day prior to the first episode of the fourth season of the smash TV hit show, Scandal to air September 25.

Starring in SCATndal, Olivia Poop and and her team of Catiator-in-suits take their public relations gig and scandalous-affairs operative to a new level. As producers Gabe Evens and Brittni Brown put it: ”Scandal is awesome, and it's even better with KITTENS!”

And who wouldn’t agree? Created by “Shondcat Rhimes,” “Poop & Associates,” “Kitz” as the lovesick President, “Clawrus Beene” as the White Chief of Staff, and “Meowrie” as the scorned First Lady are all lampooned as melodramatic felines caught up in the web of intrigue we’ve come to expect from this mayhem of a drama.

As far as any spoilers pertaining to this season's plot twists ready to reap havoc on the TV viewing audience, the Pet Collective did not explore what might have happened to the real-life-albeit-fictional ‘missing’ Olivia Pope!

As you may or may not remember, all any of us are supposed to know right now is that Olivia Pope, "saved" by Eli, is on an unspecified beach drinking - what else? - an oversized glass of Pinot Noir.

Perhaps the Pet Collective will produce a follow-up episode - but then again - chances are slim - since their last parody, 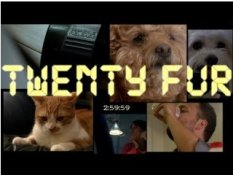 “Twenty Fur” also left us high-and-dry with a cliff-hanger and no sequel in sight!  Oh well. . . there's just so much acting you can expect out of a bunch of fussy felines, who'd rather be taking a nap, then caught up in any messy human intrigue!