Grumpy Cat To Be Immortalized At Madame Tussauds

Arizona kitty Tardar Sauce, a.k.a. Grumpy Cat, is the most famous cat in
the world. In addition to being an internet sensation, she has authored
her own book, starred in her own movie, and now she is being
immortalized for all time at the Madame Tussauds Wax Museum in San
Francisco. Being true to herself, she is completely underwhelmed by the
honor. 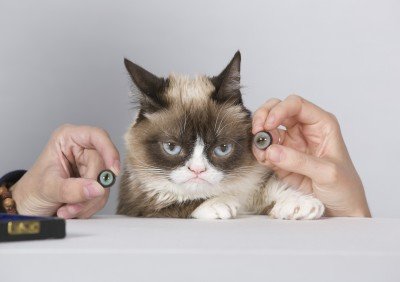 Grumpy Cat will be the first feline ever to be so honored by the attraction. She endured a sitting with employees of the museum to have every inch of her measured. Not one of her happier days (does she have any?). Since her likeness will not be sculpted just out of wax -- that would be creepy -- they also took samples of her fur so that they will be able to match it. 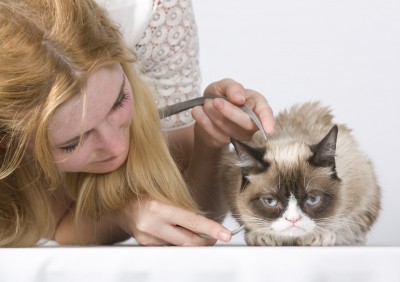 The feline's figure will also be animatronic and include five different movements. This should be interesting since Grumpy herself moves little. I am guessing blinking eyes, swiveling ears, turning head, twitching tail, and a look of utter disdain. I could be wrong. The wax Grumpy Cat is expected to be unveiled later this year.

Grumpy Cat herself is expected to preside over the unveiling in true grouchy fashion. She intends to hate every minute of it. The display will then go on a tour of the other five Madame Tussauds throughout the U.S.

It won't be the real Tardar Sauce, but it will be an incredible simulation.