Google's Streets Takes A Walk On The Wild Side

Perhaps somewhat of a misnomer, Google's "Street Views" is broadening its definition of "streets" found on its popular "Street Views" feature to now include photo images of wildlife in zoos. This week, their Google Maps Blog, titled: "Visit lion, tigers and (panda) bears - Oh my!" announced they would be including animals found in zoos around the world.

In addition to lions, tigers and bears, these zoos are home to penguins, ducks, flamingos, elephants, chimpanzees, giraffes, kangaroos, and much more. In China, you can view panda bears noshing on bamboo and tumbling around the Chengdu Research Base. More than 30 percent of this endangered species calls this important conservation and breeding facility home.

If you're wondering how Google is able to get up close and personal to photograph zoos all over the world, check out the fantastic animal sightings Google was able to capture at Taronga Zoo, situated on the spectacular Sydney Harbour, 12 minutes from the city accessible only by ferry.

With locations not accessible by car, Google's Street View team use the same trike featured in the above video.

To get a closer look at some the imagery captured by the Google Street View team, here's links to six additional zoos from around the world, that you might think about including on your next vacation.

In case you'll be visiting any time soon, Deanna Yick, Street View Program Manager did post a cautionary reminder on her blog: "Just remember, please don't feed the animals!" I guess that means taking your own photos of the wildlife is perfectly okay? 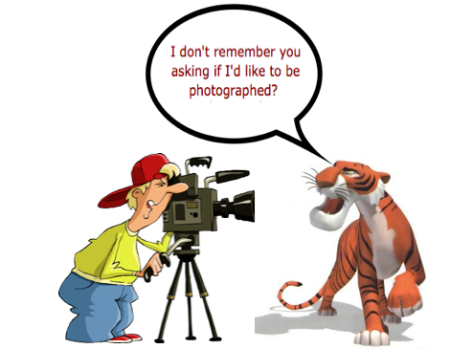 Move Along. Nothing To See Here. Just An "Owl On A Horse" Animal Video Of The Day!!!