Early this month a baby was abandoned in a park in Birmingham in the
U.K. No one was noticing what appeared to be a discarded carrier bag
lying by some bushes. No one, that is, except one German shepherd named
Jade 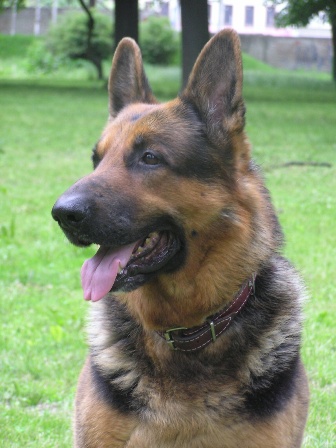 German Shepherd (Public Domain Image)whose instincts kicked in and she went to check out the mysterious
bundle and then would not leave it to return to her owner.

Roger Wilday, a 68-year-old grandfather, was out for a walk with 9-year-old Jade when she took off at a run for the bushes. When Wilday called her she refused to return to him and lay down by the bag she had found instead. So he went over to see what was causing his dog to act in such an unusual fashion.

At first he noticed that the bag was moving and thought that there were kittens inside. Then he saw the baby's arms and head and it began to cry. He was shocked to realize that the bundle was a very tiny baby.  Wilday immediately called the police and the authorities took the baby to the hospital.

The baby was believed to have been less than 24 hours old and it was a good thing that Jade found the child when she did. Even a couple of hours more exposed to the elements could have caused the baby girl to die. The hospital staff named the baby Jade after her canine rescuer. Police estimated that she had been in the park for about 30 minutes before she was found.

Wilday and his wife, Catherine, said that they assume it was Jade's sense of hearing that led her to the baby. The dog adores their five grandchildren and this love probably also drew her to the infant's side.

Thanks to Jade the baby is now fine. Good dog!

Sock It To Thanksgiving
During COVID-19, No Need To Leave Home To Be Entertained By Zoo & Shelter Animals
Tune In For The Hero Dog Awards
Comments