A man got the surprise of his life recently when he having a lie-in one
morning and thought that his girlfriend, Sophie Merrell, had curled up behind him for a
friendly snuggle. Unbeknownst to him she had already gone off to work.
When he reached out to cuddle her he found that a fox was curled up with
him in bed instead. 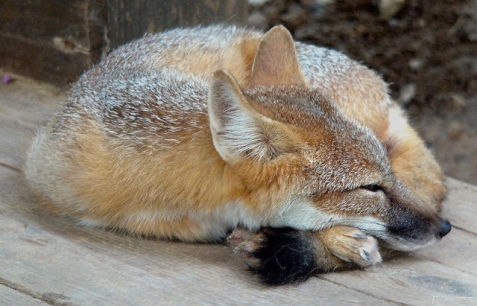 When Leon Smith, 30, of Hampton Hill in London, England, touched fur instead of girlfriend he woke all the way up in a hurry. The animal had apparently walked in through the cat flap and made itself to home. Like any animal seeking a nice place to nap it had chosen a nice comfy one that came equipped with its own radiant heat -- Smith's warm body.

While Smith took in the situation facing him, he says that the fox just regarded him calmly. Obviously the animal couldn't stay, so Smith had to get up and roust his strange bedfellow. Of course, he grabbed his phone and 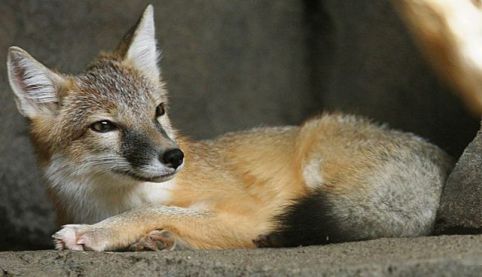 Relaxing Fox (Photo by Cburnett/Creative Commons via Wikimedia)snapped a photo first. One must keep things in perspective after all. There was a tense ten minute standoff between the two on the landing in the stairway, but the fox finally exited the house.

When Sophie came home that evening the two had a good laugh over the incident, though she has some major concerns about the fox making a return visit. The couple is now considering having the cat flap removed to stop any future visits from the fox or any other creatures. Smith isn't too keen on waking up to find himself in bed with a fox again either.