Amid the scenic beauty of Priest Lake, Idaho, one of the strangest fish
stories ever has been unfolding. It all began more than three months ago on June 21 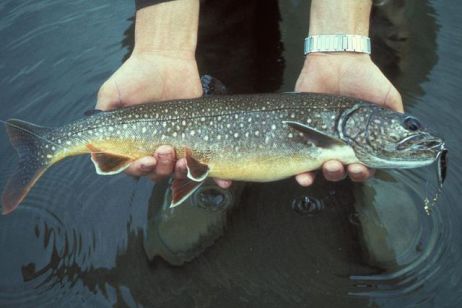 Lake Trout (Public Domain Image) when
Haans Galassi was visiting the lake and decided to go wake boarding. In a
tragic accident his left hand got caught in the tow line and all four
fingers were "topped off." As of Tuesday, Galassi is now only missing three
fingers.

Galassi was airlifted to a hospital in nearby Spokane, Washington, for emergency treatment. Since then he has been going through physical therapy twice a week to recover some use of his injured hand and what remains of his fingers.

On September 11, fisherman Nolan Calvin began cleaning a fish that he had caught in the lake only to find a finger inside. He quickly put the finger on ice and called the Bonner County sheriff's department. Detectives reco 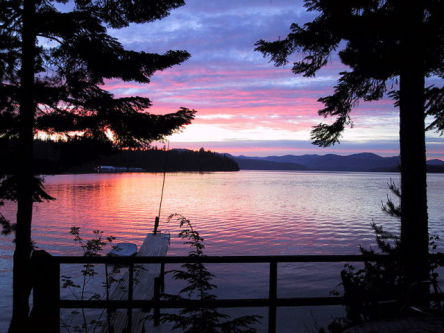 Priest Lake, Idaho (Public Domain Image)vered the finger and were able to get a fingerprint from the digit. It led them right to Galassi. The fish was caught eight miles from the place where Galassi had suffered his accident.

On Tuesday the sheriff called Galassi and began to tell him the tale of a fish caught in Priest Lake. Galassi interrupted to joke that they must have  found his fingers in a fish. The sheriff's office offered to return the finger, but Galassi has declined. The office is hanging on to the finger, just in case Galassi changes his mind and wants proof of his fish story and the one that almost got away -- the one finger, that is.

Fish
News Stories
Weird, Odd or Bizarre
Wildlife
Fish Bowl That Doubles As A Nightlight Will Light Up Your Face With Smiles
PetsLady's Pick: Totally Cool Jellyfish Of The Day