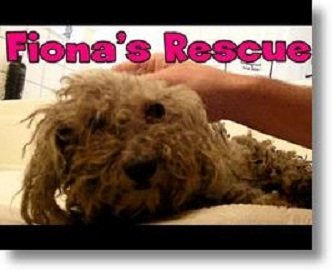 How long would Fiona remain alive, had she been 'rescued' by PETA?Hey PETA , did you see Fiona's rescue video that went viral last week?
Did it make you feel any guilt at all for euthanizing 95 percent of your rescues?

Last month, in response to a Freedom of Information Act request, the Virginia Department of Agriculture and Consumer Services released an astonishing report* about the numbers of dogs and cats euthanized by PETA (People for the Ethical Treatment of Animals) Norfolk, Virginia headquarters since 1998.  These numbers are SCARY, and should make one wonder if PETA doesn't intentionally practice the opposite of what it claims.

Here's Fiona, rescued by Hope For Paws, lucky not to have fallen into PETA's hands...

Yes, for those of you who don't know yet, last year PETA's Norfolk, Virgina shelter euthanized 95 percent of the dogs and cats in its care. The ASPCA estimates that the national average of euthanized pets at shelters is 60 percent per year, and that is far too many.

Virginia's agriculture department sent veterinarian Dr. Daniel Kovich
to investigate PETA's headquarters. He reported that
PETA doesn't have the facilities to keep pets in their custody very long
and that 84 percent of the animals brought in are killed within 24
hours of their arrival at the shelter. 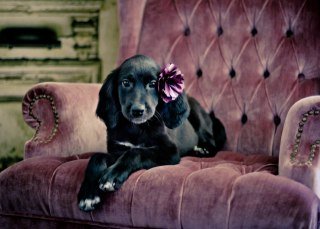 Paisley, saved from euthanasia after testing positive for parvo, by Life Is Better Rescue: photo by Jenny Froh via fabulousanimalrescueproject.blogspot.com

What's the matter, PETA, your $37 million budget doesn't allow you to build proper shelters for stray pets and to create marketing campaigns to find good homes for them?  Or do you prefer to spend your marketing dollars paying for celebrities to denounce the wearing of fur.  Let the chinchillas live, kill cats and dogs instead: is that it?

Hey PETA , did you see Fiona's rescue video that went viral last week?
Did it make you feel any guilt at all for euthanizing 95 percent of your rescues? 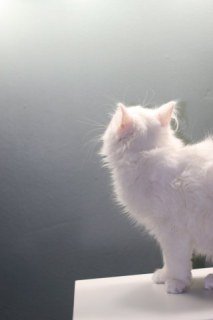 Butler, one of 18 kittens dropped off at the vet to be euthanized, saved by Life is Better Rescue, and adopted like the others: photo by Christopher Murdock via abulousanimalrescueproject.blogspot.comWhy so many euthanizations, PETA?  PETA's spokesperson, Jane Dollinger emailed The Daily Caller, writing "most of the animals we take in are society's rejects; aggressive, on death's door, or somehow unadoptable."

Come on PETA!  You mean that 95 percent of your rescues are "aged, injured, sick, and dying animals."  In case you don't recognize the preceding words in quotes, they are yours PETA, ones you used to describe the pets you kill - 84 percent when they arrive at your doorstep.

Hey PETA , did you see Fiona's rescue video that went viral last week?
Did it make you feel any guilt at all for euthanizing 95 percent of your "rescues?" Or are your rescues in worse condition than Fiona?

Hope For Paws, the animal rescue organization that not only rescued Fiona, but gave her a new life, doesn't have a $37 million annual budget.  It is a 501 c-3, non-profit that really does animal rescue. You can see dozens of their rescues on its YouTube page or on Hope For Paws.  Here's Edie's rescue by Hope For Paws an hour before she was scheduled for euthanasia...

*You can find the full report here.

That's the best and the worst for today....