After the death of his long-term mate, one beaver in a colony in
Martinez, California, found himself alone with three small kits to
raise. Beaver fathers are some of the best in the animal world, and this
particular dad proves the statement as fact. 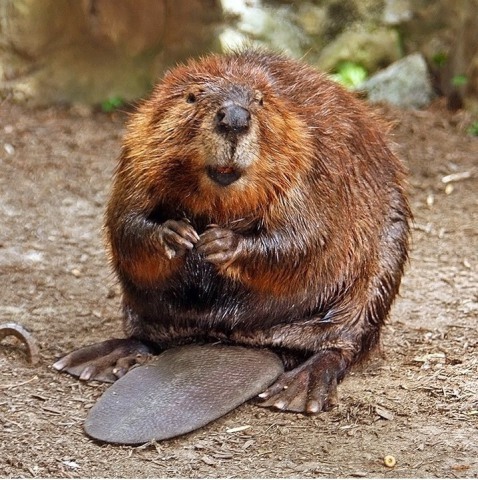 Martinez is a small city not far from San Francisco, along the Alhambra Creek. Beavers kept blocking up the creek as it ran through the middle of the city. A few years ago, the beavers were slated for extermination. However, the city had once been home to naturalist John Muir, so it just didn't seem to be the right way to handle the problem. So the residents have embraced the beavers instead, including ways to release water from the dams so that the city won't flood, and in such a way that the beavers won't try to fix the issue.

Worth a Dam, an organization dedicated to the conservation of the beavers of Martinez, has been keeping an eye on the beavers. It is from their observations that the plight of this beaver dad was discovered. Initially they were concerned about his ability to take on the single parenting roll, but they have found that, with the help of one of his male offspring from a previous litter, he is a great dad.

A male beaver is responsible for a lot in his day. He builds and maintains the lodge where they live, as well as his dam duties. He also must gather food, take care of his personal needs, and other time-consuming activities. However, this beaver dad stepped up and turned himself into a super dad.

He has cared for their little kit needs, gave them back rides, and taught them how to dive. Not only that, he would pick out the tastiest and tenderest roots for his little brood. Both father and older son are apparently both on the lookout for mates to add to the family circle.

Sources: Discovery News, Worth a Dam