Although animals don’t always act like we’d like them to, I think that punishment should rarely go beyond a rolled up newspaper. The police in India and Nigeria don’t agree, as they’ve arrested an elephant for vandalism and a cow for murder! 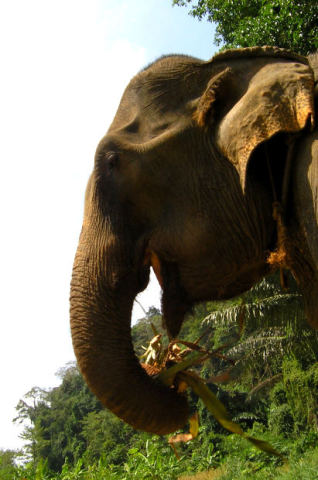 Earlier this month in India, a domesticated elephant destroyed a large area of farmland, bamboo, fruit trees and other private property over the course of a few days, leaving the villagers with no choice but to call the Nagaland forest department to deal with the giant pest. It took them nearly a week to conclude that the elephant belonged to someone, but only after noticing a small chain around one of the pachyderm’s front legs. After taking the wayward elephant into custody, officials hope that its owner eventually comes to claim the animal and pay for the extensive damages. 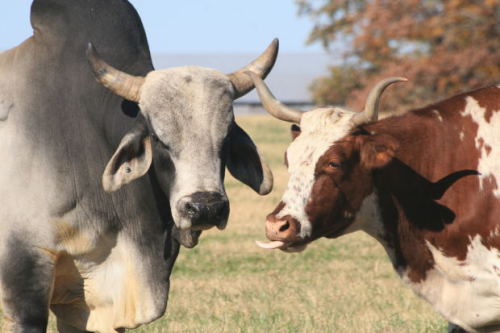 "It was the one on the left, officer!"

Meanwhile in Nigeria, a bus driver stopped to take a leak at a roadside, where he was gored and trampled to death by a really mad cow. Although many of the shocked witnesses demanded that the bovine murderer be shot on the spot, local law enforcement detained the cow and brought it to the police station. They had hoped that whoever owned the cow would be discovered, so they could charge them with failing to control their animal. Although this odd story happened way back in 2005, the bad bull wasn’t the first or last cow to be arrested in Nigeria!

Elephants
Exotic Pets
Fun Stories
News Stories
Weird, Odd or Bizarre
How Do You Keep Elephants From Charging? Recorded Big Cat Roars!
PetsLady's Pick: Cute Elephant Cuddle Of The Day
We've All Had Days When We've Seen This... Right? The Animal Video of the Day!!!