The Economy And The Price Of Rat Meat

It isn't just the United States economy that has been struggling. For
the poor in Cambodia it has become harder and harder to put meat on the
table. Even the price of rat meat has been skyrocketing in Southeast 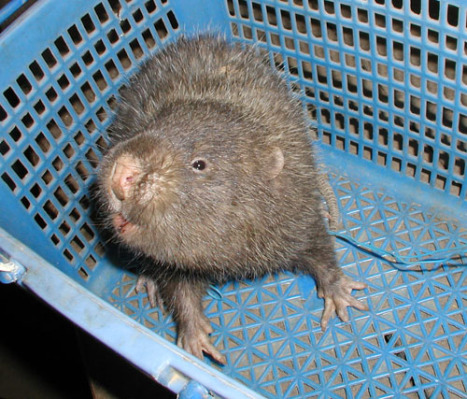 Lesser Bamboo Rat at Market (Photo by Roadnottaken/Creative Commons via Wikimedia)Asia, placing an increased burden on the poor -- unless they are able to
hunt rats to sell for cash and to put on the table.

The price of rat meat has quadrupled in Cambodia this year alone, driven by demand as more and more of the poor are unable to afford any other form of meat. Cambodia also sells rat meat across the border in Vietnam. Cambodia sells an estimated tonne of live rats to Vietnam daily (some estimates are considerably higher). The inflation rate there was recently figured to be at 37%. 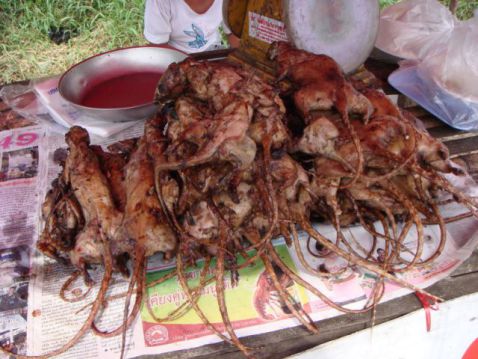 Rats for Sale in the Market (Photo by Nicolai Bangsgaard/Creative Commons via Wikimedia)When the Mekong River Delta flooded, local villagers were able to catch the rats that were fleeing to higher ground. Families sell the rats to make money, but also hold some back to feed the family.

Rats are also widely eaten in Thailand, and recently state governments in eastern India have begun to encourage people to eat rats to combat steeply rising food costs as well as grain stocks.

Rat meat is illegal in much of the West, including the United States. Last May, U.S. Customs officials intercepted 19 pounds of antelope and rat meat from a passenger arriving in Newark, New Jersey from Uganda. The U.S. banned the import of rodents from Africa for any reason in 2003 after a human outbreak of monkeypox, an illness that had never been seen in the Western Hemisphere previously. The United Kingdom has recently been battling an upswing in the sale of rat and other illegal "bush meats."