Has Reality TV Gone To The Dogs?

What do bachelors, housewives, pregnant 16 year-old's, million-dollar realtors and Snooki have in common? They all had the ability to parlay their real life idiosyncrasies into  unscripted reality shows. Well, you can add "dog walker" to that illustrious group of extended 15-minute famers. Following the CBS season finale of "Survivor: One World," get ready to meet Justin Silver and his "Dogs in the  City" romp in Manhattan!

Premiering Wednesday, May 30 (8:00PM ET), Silver will display his expertise in not only knowing what physically ails dogs, but also will assist their owners with their pets' emotional challenges. The dog trainer firmly believes that dogs are affected by the hardship of their masters, where they may have to adjust to a divorce and the splitting up of a household or dealing with a master's girlfriend that doesn't cotton to pit bulls.

“Dogs are at the center of the story here, but this is a show that reveals as much about human nature as man’s best friend,” executive producer Carol Mendelsohn (who executive produced by "CSI"), said in a Huffington Post statement.  “Dogs are often a lightning rod for their owners’ emotions and dysfunction at home.  Justin has an amazing gift to break down these complex issues with incredible heart, humor and, sometimes, much-needed candor.”

His website titled, "The Language of Dogs," is Silver's own business which has offered services that include pet sitting, training, walking and yes, even dog therapy sessions. 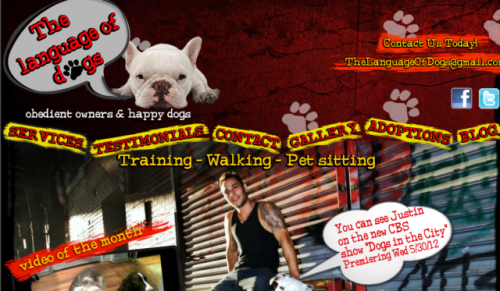 In a NY Post release, Silver notes that “it’s like the person who’s 400 pounds overweight: getting them on the treadmill isn’t the problem,” he says. “It’s all the stuff that’s led up to that point.

“If I can get people to see how their issues really affect their dogs — if I can get them to see their part in it — then fixing the dog is a piece of cake.”

He explains a phenomenon he calls “introduction anxiety,” in which an owner, nervous to introduce his dog to another dog at the dog park, will tighten up the leash, sending signals of stress to the dog, who then reacts by lunging at the other dog.

Or the owner who yells at his dog for barking at the doorbell, who is unknowingly conditioning the dog to associate the ding of the bell with mutual barking.

Silver also is the founder of the charity, "Funny For Fido," a non-profit that provides rescue operations and shelters for canines in need. Friends have noted that dogs are the people he communicates the best.

Also a stand-up comedian, this video demonstrates how Silver enlisted the aid of other comics to help support the cause. The unrelated dog jokes at the end of the vid I'm sure were added for those folks who have a hard time relating to each other, let alone dogs.

So while reality shows keep evolving for the insatiable masses, one can easily imagine Silver not only tapping into the emotional heart strings of the 44.8 million people in the US that have dogs, but also spinning this venture into other lucrative television opportunities.

And the tip-off of what might follow "Dogs in the City" may have been hinted at during his NY Post interview with Kate Mooney, when he stated: “It’s almost like teaching a ballroom dancing class,” Silver says. “You’re teaching one of the people how to lead.”

Any bets on who will become a cast member of Season 16's "Dancing with the Stars?'" 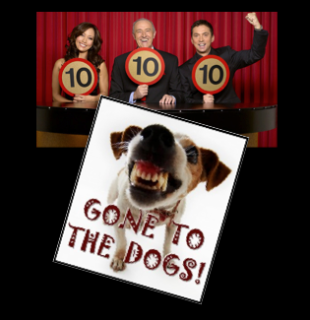 Dancing With The Dogs!

Lose Toto? Who Are You Going to Call?

Pet Friendly Offices Are On The Rise: Will Your Company Endorse It?
Comments