Pets: Would You Like A Dog Or A Panda Bear?

Though Giant Panda Bears are still on the endangered species list, apparently some
families in southwestern China are keeping them and other exotic animals as pets. 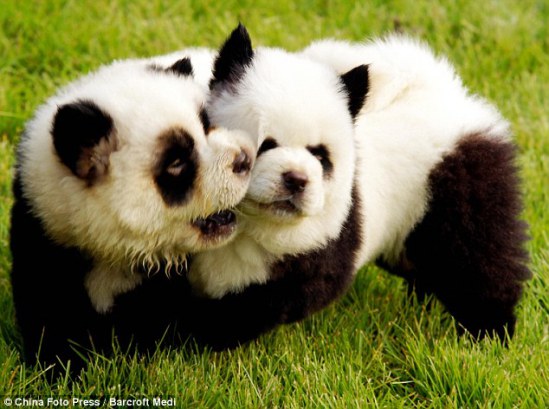 Pandas playing in the grass, it seems...: image via DailyMail.co.uk

"Apparently" is the operative word here, because the latest nutsy craze in China is to have done anything a dog groomer can do to make your dog look like an exotic animal!

In fact, these Panda Bear look-alikes are dogs... Chow Chows, in fact... Look at the black tongues that dog groomers, somehow, refrained from bleaching... 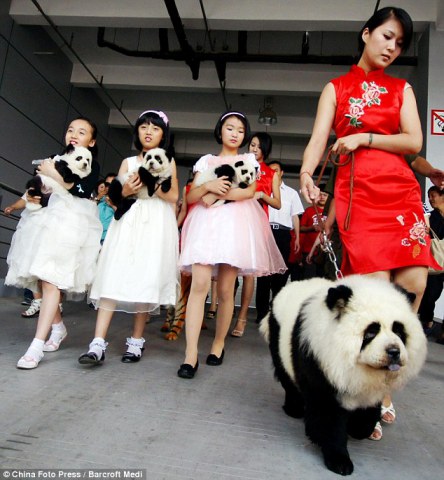 And then there's the Bengal Tiger dog, a Golden Retriever, bleached and dyed, for his masquerade.  You'll have to admit that he's not as convincing as the Chow Chow - Panda Bears, but he joined them in Zhenghou anyway recently for a public showing. 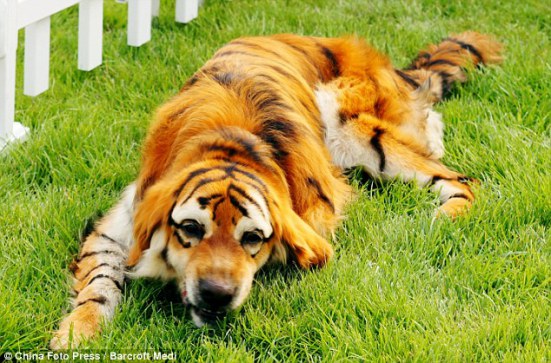 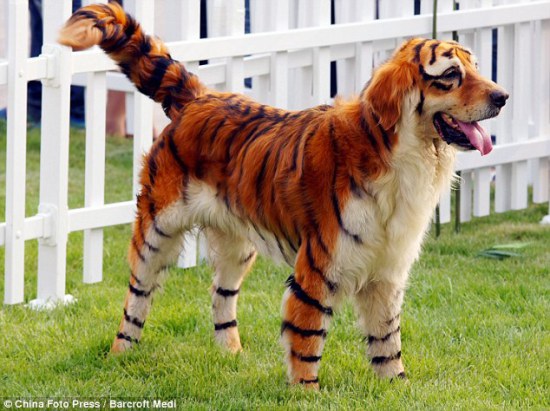 Oh, spare me the reality!

Go Ahead! Send Me To The Dog House!