Gidget the sea lion was born at the Denver Zoo 27 years ago. The aging
marine mammal suffered arthritis and 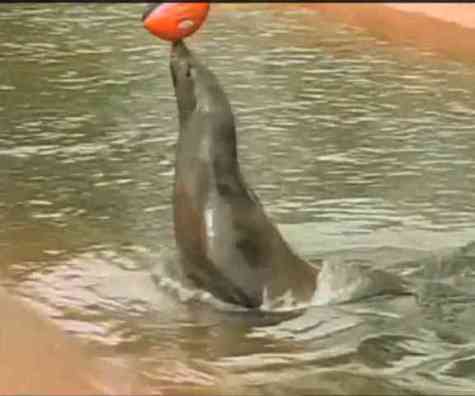 Gidget Selects The Broncos To Win (You Tube Image)on Wednesday zookeepers euthanized
because she was suffering intense pain and started showing signs of being unable to move. She had also begun refusing food and medication. Sea lions normally live to be between 20 and 30
years old.

Gidget was a California sea lion, the subspecies known for being most intelligent and trainable. The California sea lion is being used by the United States Navy for a number of programs. Due to their large numbers along the west coast of North America, the animals are not considered at risk and are listed as Least Concern by the International Union for the Conservation of Nature. 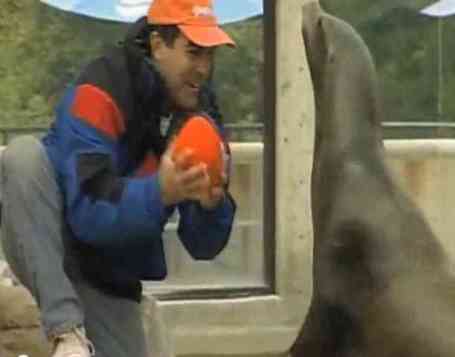 Gidget and Drew Soicher, 9News (You Tube Image)During her time at the zoo she became not only a zoo star, but a local
celebrity as she helped 9News sportscaster Drew Soicher predict the
winner of Broncos games. He would toss two footballs into her tank, one
each in the competing team colors. Gidget would retrieve the ball for the team she thought would win. The marine mammal wasn't always
correct, but she was surprisingly accurate anyway. She retired from
broadcasting in 2010 after 6 years.

Soicher has been receiving condolence cards and gifts from Bronco fans who had loved the partnership. The zoo has lost several animals this year. Most recently Mimi the elephant was euthanized on October 9, also from advanced age. Another sea lion, Bismark, died during surgery in August.

Mt. Everest: Stray Dog Ends Up On Top Of The World