Crows Give Girl Gifts Of Appreciation

Eight-year-old Gabi Mann of Seattle started feeding crows when she was just four.
It wasn't intentional. She just has a habit of accidentally dropping
food wherever she went and the crows started to notice and keep an eye
on her for the fallout. This caused her to notice the birds in return.
Before long she was sharing the lunch Mom had packed for her while she
was on the way to the bus, and her brother began to do the same. 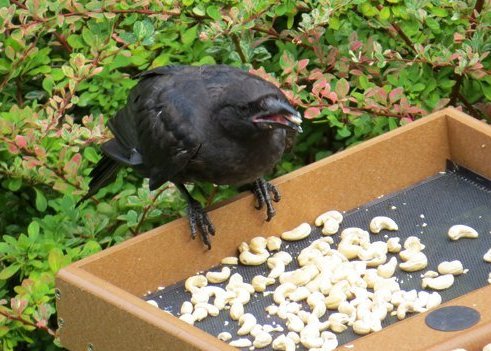 The children's mother, Lisa, didn't mind that her kids were doing this. She was happy that they loved animals and that they were so willing to share their lunches. To her it was all a sign that they were growing up to be compassionate and generous people.

Eventually the crows would gather and wait for the school bus to come back in the afternoon in hopes of another feeding. Lisa had never noticed birds much until Gabi started feeding them. Now they are both fascinated with them. 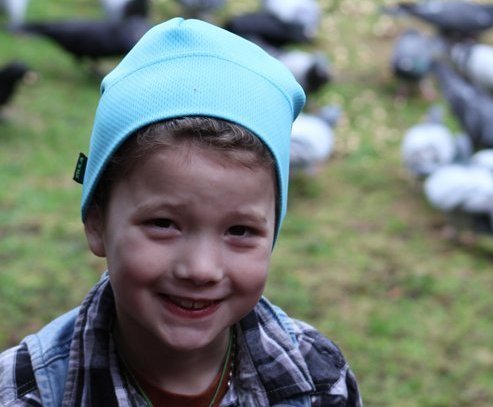 In 2013, Gabi and Lisa began a daily ritual of feeding the birds rather than just tossing scraps from time to time. Each morning they provide fresh water for the birds in the back yard and then fill the feeding platforms with nuts. Gabi tosses handfuls of dog food onto the grass. While they work the crows start gathering on the telephone lines. If the neighbors weren't awake before this they would be now. The birds are loud as they announce their presence. 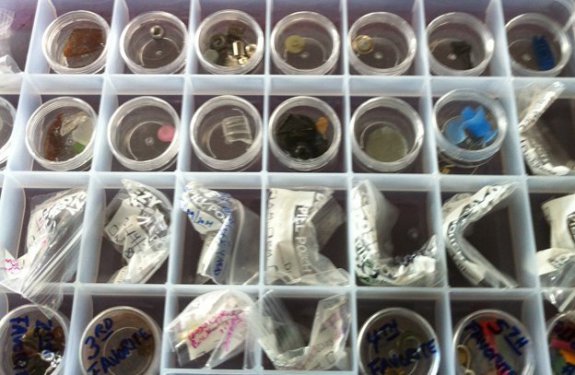 Then the gifts began appearing. The birds began leaving little things that they found and brought in tribute to Gabi. While this is not unknown behavior among crows, it is not entirely common. Gabi began keeping a treasure chest of sorts of these little things. Okay, it is actually a craft storage box, but it still holds the treasure of the gifts her friends have left for her.

Each piece is stored inside a little plastic bag and labeled with the time and location that the gift was found. Not everything has gone into the box though. Some have been so gross that they had to be thrown out -- like a rotting crab claw. For the most part the gifts are little things like buttons, beads, screws, nuts, paper clips, single earrings, and even a small light bulb. There is even a small pearl-like heart that Gabi says means that they love her. Another tiny piece of metal that says "best." She likes to imagine that they have the other half that says "friend." 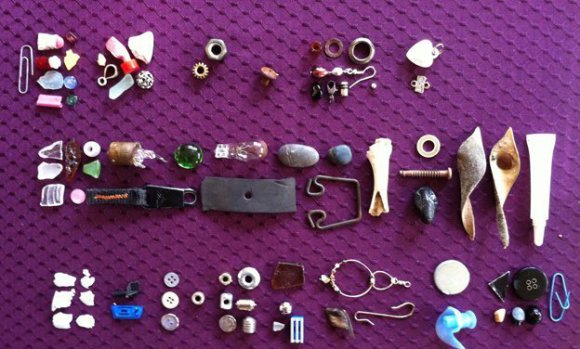 Lisa likes to photograph the birds and make notes on their behavior. A few weeks ago she lost a lens cap in a nearby alley while taking pictures of a bald eagle circling overhead. The next thing she knew it was in their yard, sitting on the edge of the birdbath. This made her suspicious about how it came to have been returned and so she checked the bird cam they had set up. Sure enough, one of the crows had found it, brought it into the yard, washed it repeatedly and then left it there for her.

Some might be embarrassed by such riches being heaped upon them. Gabi takes it all in with love. She may be well on her way to becoming a great ornithologist.