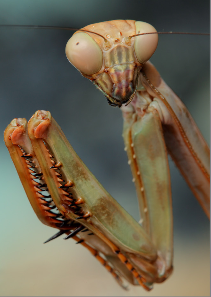 photography while influencing others who are just beginning to make their mark. While capturing raw and majestic landscapes or portraits of celebrities under the spotlight might seem like juxtaposed imagery -- in the very capable hands of Igor Siwanowicz -- this photographer seems to have blended the two nicely when photographing one of his favorite subjects - the enigmatic praying mantis.

Igor SiwanowiczServing as a research specialist at the renowned Janelia Farm Research Campus in Ashburn, VA, Siwanowicz is actually a biochemist by education with a PhD in structural biochemistry. Similar to Ansel Adams, his interest in natural sciences and nature photography developed simultaneously - giving credit for this passion to his parents, who were biologists.

Like Liebovitz, he came to the realization that insects like the praying mantis were celebrities in their own right. "I quickly realized that microscopy would perfectly complement [my scientific work] and give me even more intimate perspective of my 'models.'"

Personally, he keeps over 40 species as pets with praying mantises "by far my favorite insect models." Their "unique qualities" according to Siwanowicz distinguishes them from the rest of the insect world.

To him, their ability to manipulate their prey makes them "strangely anthropomorphic, while at the same time otherworldly." 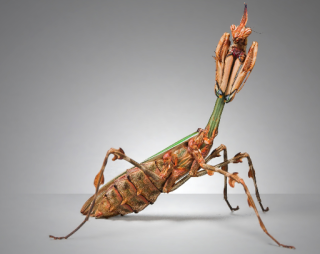 "ET, Phone Home!"
"The camouflage abilities of mantises are remarkable; they mimic flowers, blades of grass,twigs and green or dry leafs. . . and certain species can change their colors during lifetime depending on the environment."

"When the nearly perfect camouflage fails and they are discovered by a bird or cat (or disturbed by a photographer), mantises still have an ace up the sleeve – a threatening display aimed at startling the oppressor. Those displays are when mantises really shine; the transformation from the stealth mode to something resembling a caped super-villain action figure can be very dramatic," notes Siwanowicz. 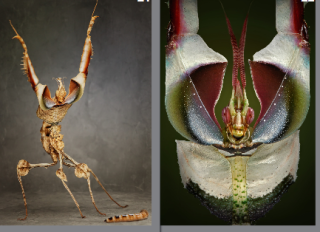 As far as selling his work, while he admits his strategy in this regard is "totally passive," Siwanowicz has been acknowledged and won awards from Olympus BioScapes Digital and the Nikon Small Worlds 'Bioscapes' competitions. And "thanks to Google Images," he's been approached just this past week by the Texas Education Agency and some of his mantises photos will appear in the Russian National Geographic next month.

Presently he and his wife Lisa are planning to publish a coffee table album of his photos but is contemplating whether to "approach a publisher, self-publish, or use the Kickstarter route, perhaps" as a means of distribution.

However, as testimony as to how much his fans love his work, some folks have taken it upon themselves to transfer his photos into tattoos. "Unfortunately, I'm not in touch with any individuals that chose to wear my images on their bodies. . . but (must say) it's the ultimate prize for any artist." For all interested parties, Igor can be reached by email: siwanowiczi@janelia.hhmi.org 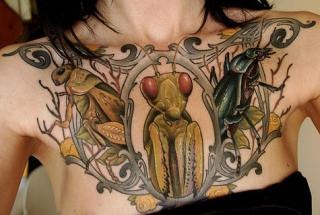