At Australia Zoo history seemed to be repeating itself as
eight-year-old Robert Irwin took center stage earlier this month. He was
walking in his late father's footsteps as he fed the crocodiles in
front of a crowd of zoo 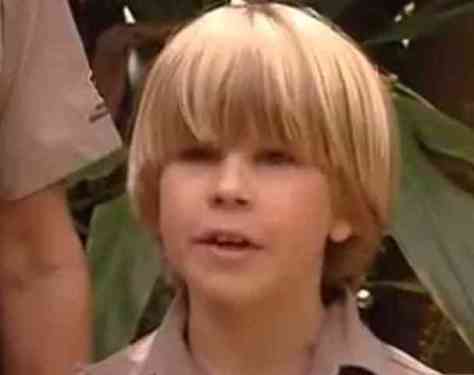 Rebert Irwin is a "chip off the old block." (You Tube Photo)patrons and his mother. It was his first foray
into the public eye on his own.

Robert is the son of famed Crocodile Hunter Steve Irwin, who was accidentally killed by a stingray while filming underwater off the coast of Australia. Steve Irwin was best known for his gregarious and outgoing personality, thick Australian accent, his catch-word "crikey!" and his passionate work in animal education and conservation. 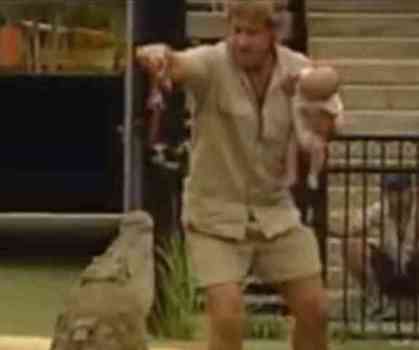 Steve Irwin and son, Robert, creating controversy. (You Tube Photo)Robert was named for his grandfather, Bob Irwin, who founded Australia Zoo along with wife Lyn and young son Steve in1970. The zoo is now owned by Steve's widow and Robert's mum, Terri. Robert's older sister, Bindi, is also active in the family business.

Robert's first time in front of the crowds as part of the family act came when he was just a baby.  In a move that created a firestorm of controversy, Steve Irwin took Robert with him into the pen to feed the crocodiles and held the baby out toward the reptiles. Child welfare groups and animal rights groups spoke out against the action. Steve and Terri both insisted that Robert had been in no danger due to Steve's extensive experience with the animals.

Terri says that Robert is becoming more like Steve every day and is a real "chip off the old block." With his blond hair and good looks, it does seem that this does seem like deja vu.

Animal Jobs
Business
News Stories
Reptiles
Wildlife
Alice: The Hero German Shepherd
Would You Move For Your Dog? Here Are 2019's Top Places For Dogs To Live
Rainforest Creature Big Like Puppy, But No Webmaster
The Importance Of Not Distracting Service Dogs: Letting Them Do Their Jobs
Comments