Last week the government in Costa Rica took an historic step in
conservation by banning all sport hunting in the country. It is the
first Latin American country to create such legislation. This is good
news for ecology 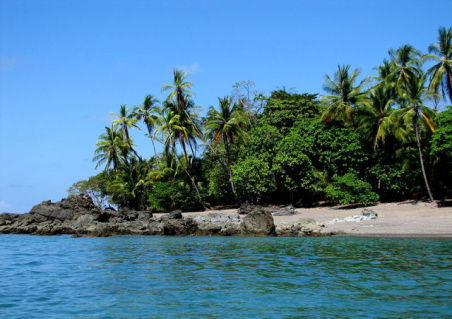 Costa Rica's Corocovado National Park (Photo by José R./Creative Commons via Wikimedia)in the country with the most biodiversity on
earth, especially for the many rare and endangered species living there.

Costa Rica is home to more than 500,000 species, hundreds of which are found nowhere else on earth. This is due, in part, to its location linking North and South America, allowing species from both continents to mix to create new species. Costa Rica is also made up of several different ecosystems, including tropical rainforests, deciduous forests, Atlantic and Pacific coastline, cloud forests, and Mangrove forests

Under the new law, anyone caught hunting will face up to $3,000 in fines. The legislation also includes smaller penalties for people who steal wild animals or who keep them as pets.

With an extensive national park system that covers 25% of the country's land, Costa Rica has already taken great strides to protect wildlife within its borders.

In October the government also passed a total ban on shark finning, and is planning to invest between ten and fifteen million dollars to further protect their marine environment.

Tips For Attracting Birds, Butterflies And Other Enchanting Wildlife To Your Yard
New Jersey Locals Hang Dead Vultures From Trees- Halloween Still Months Away… (Video!)
Get Your Shopping Hopping With A Frog
Obama Spelling Bees From Habitat Hunting
Comments