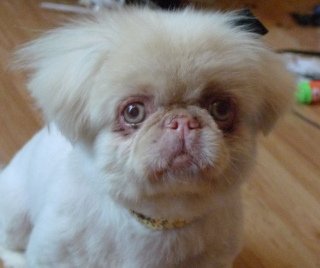 Blindness can be caused from a number of factors, including any condition which blocks light from reaching the retina of the eye. This leads to a long list of conditions that could potentially cause blindness, however, here are some of the most common ones.

One of the most common causes of blindness in pets is hypertension, or high blood pressure. Hypertension left untreated can cause the retina to rupture and cause blindness, a process which can occur in just a few days. Some early signs that indicate a pet is experiencing high blood pressure is dilated pupils that don't respond to light changes. Some pets who are most at risk for hypertension are pets diabetes, kidney disease, or hyperthyroidism.

If you notice your pets eyes are cloudy or opaque, they may have cataracts, which can lead to glaucoma; a common cause of blindness. If you noticed cataracts, it's important to have your pet taken to the vet to get them treated before they lead to more serious problems.

Glaucoma is one of the most common causes of blindness in pets. Essentially, glaucoma can be described as having too much pressure in the eye. Pressure can be reduced with various medications, however, if the condition has progressed too far you may have to consider surgery. 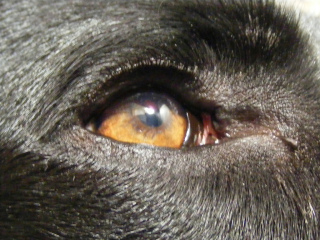 This cause of pet blindness is often un-treatable, and inherited. The occurrence of this disease is gradual, but leads to a complete loss of vision later on in life. Luckily, it's not painful in any way, and due to its gradual nature most animals cope quite well with it.

Cancerous tumors growing around or in the eye is a leading cause of blindness in pets. In some cases, the eye will need to be removed and can be replaced with a prosthetic. Glaucoma is also sometimes caused by tumors.

Kidney disease usually occurs when a pet ages, and often causes hypertension. Given that hypertension is a leading cause of blindness in pets, it can lead to blindness if it goes untreated.

Some of the other conditions that could potentially cause blindness include uveitis, corneal trauma or ulceration, retinal detachment, retinal degeneration, retinal hemorrhage, atrophy, abscess, toxicity, damage to the eye, and various diseases of the brain. If your pet shows any signs of eye problems, take him to the vet as soon as possible to get him checked out.

The Horror Of Abuse--And The Power Of Love. The Animal Video Of The Day!!!
Adopting A Pet With Special Needs: Are You Up To It?

Clumsy Kitty Or Calculating Cat? You Make The Call
Comments