While this year's power-outaged Super Bowl XLVII was nonetheless super-charged with excitement, pet lovers felt their interests were also attended to. For many, they got a chance to be entertained by Puppy Bowl IX on Animal Planet, that is. . . when they weren't watching the commercials. And for those that couldn't tear themselves from those $4 million-dollar spots, there was Budweiser once again outdoing themselves with this year's outstanding 60-second movie vignette.

The ad titled, "The Clydesdales: Brotherhood," once again pulled at our heartstrings with the birth of their latest -- a 7-day old foal. The plot shows the separation of the baby horse from its trainer who follows his success from a far, only to catch him at work with the Clydesdale team in a Chicago parade some three years later. It's a pat Hollywood plot-line where we all know what's coming next, but doesn't deter us at all from investing in the 4-hanky emotional journey. (In a tweet, movie actor Hank Azaria said he didn’t think it was possible for him to cry about a Clydesdale).

Pushing the envelope further, Budweiser accessed the power of Social Media to add to the excitement of debuting the commercial at the Super Bowl. Born January 16 at the Anheuser-Busch's Warm Springs Ranch near the mid-Missouri town of Boonville, the beer company launched its first-ever Twitter campaign TO NAME THE FOAL with the following tweet:

On February 4, Head of Budweiser Clydesdales tells the baby foal she won "by a nose" in USA Today Meter's annual survey of the most-effective Super Bowl commercials. 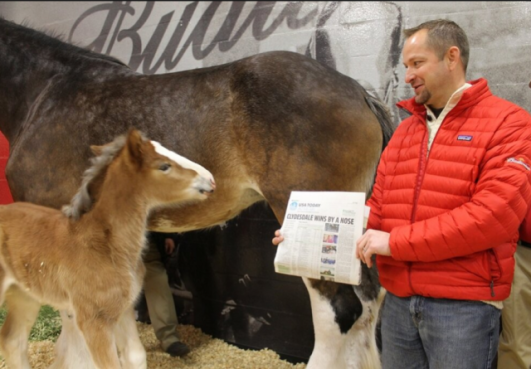 Receiving over 60,000 name ideas, on February 4 at 3:04 AM, Budweiser announced that "HOPE" was the winning name for the foal. However, it didn't end there, since news soon broke that a second foal also needed a name. Given the unlikely moniker of "STAN," many questioned it's appropriateness. 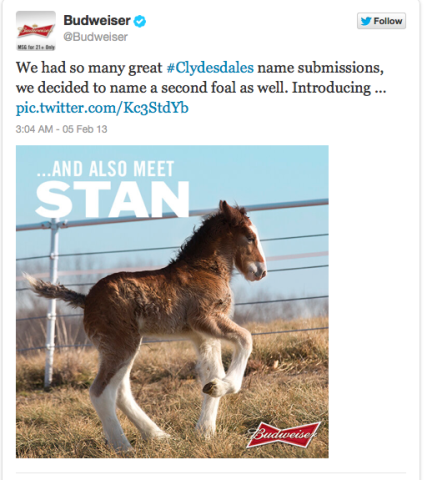 Actually, the second foal’s name honors St. Louis Cardinals baseball great Stan (“The Man”) Musial, who died January 19, just three days after the birth of one of the Clydesdales featured in the ad.

Some other popular 'name' suggestions were nods to the tune featured in the commercial, including Landslide — the name of the song — and Stevie — for Fleetwood Mac singer Stevie Nicks.  Perhaps, next year, Ms. Nicks,. . . but you'll have to trade in that white stallion for a Clydesdale! 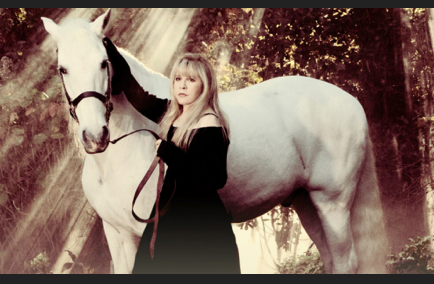 Animal Videos of the Day
Horses
News Stories
A Shark's Diet -- The Bonus Animal Video Of The Day!!!