If you’re vacationing in the lovely nation of Taiwan for the wildlife and you’re hoping to snap a picture of a wild clouded leopard, you might want to reconsider the plane ticket… 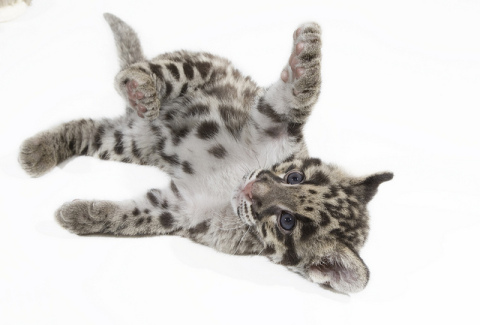 Taiwanese zoologists have been searching the island for the Formosan clouded leopard subspecies of clouded leopards since 2001 by placing over 1,500 infrared cameras and scent traps across the island’s mountain ranges, but they haven’t spotted a single leopard.

If there are any clouded leopards left in Taiwan, they are extremely rare, as they have reached local extinction due to illegal hunting for their beautiful fur, as well as their bones and teeth, in addition to habitat destruction. The only two clouded leopards verified to live in Taiwan are in the Taipei Zoo, but even they were imported from another Southeast Asian country. 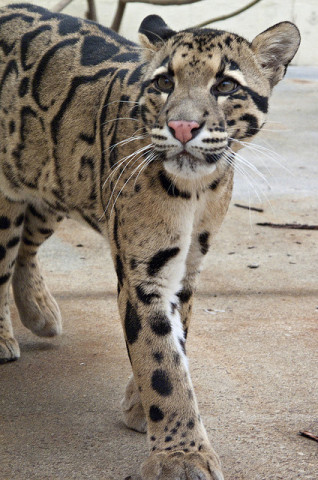 Globally, clouded leopards are listed as a “vulnerable” species, and most nations with a native population of clouded leopards have laws preventing the hunting and harvesting of the cats. They are noted to be extremely adept climbers, as they can climb down trees head first like a squirrel, and have been seen using their massive claws to hang completely upside down from tree limbs. These carnivores hunt a wide variety of prey including deer, monkeys, birds and other small animals. There are still many mysteries about their behavior in the wild, as zoologists have a difficult time observing the camouflaged creatures in the wild.

Don’t be too sad, as there are around 10,000 clouded leopards in the wild, and this adorable guy is safely enjoying a pumpkin at the Point Defiance Zoo & Aquarium! When life gives you lemons, you give a leopard a pumpkin! (Or something like that)

Wanna Go For a Swim? The Crazy (and Fake) Animal Video of the Day!!!
Comments