In September a 2,000 pound giraffe escaped from the Rinaldo Orfei circus
in Imola, Italy in a desperate bid for freedom. The animal managed to
elude capture for more than four hours as shocked townspeople looked on 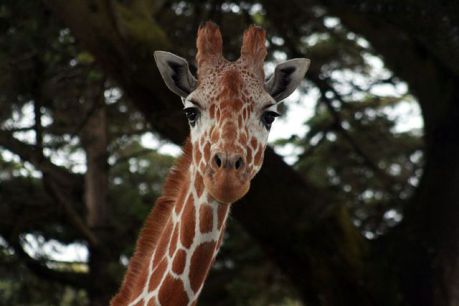 Giraffe (Photo by Brocken Inaglory/Creative Commons via Wikimedia),
many caught in rush hour traffic made worse by the episode unfolding
around them.

The terrified animal damaged cars, crawled under a mesh fence, and evaded barriers of buses and trucks set up by police. The exhausted giraffe was finally cornered in the empty parking lot of a grocery store. Circus workers were called in and they shot the animal with two tranquilizer darts.

Tragically the giraffe died almost immediately afterwards, apparently from a cardiac arrest. Circuses have long been criticized for their treatment of animals and movements exist to encourage circuses to become animal-free.

Giraffe
News Stories
Rescue
Wildlife
Not All White-washed Animals Are Albinos
A ‘Photo Ark’ That Is Leaving No Animal Behind
PetsLady's Pick: Cute Extended Mother's Day Moms Of The Day

Get A Giraffe To Help With The Housework
Comments