You're not going to see a partridge in a pear tree any time soon. For
one thing partridges are ground-dwelling birds and don't do trees very often. In truth the partridge in England is in decline. The
turtle doves are in even 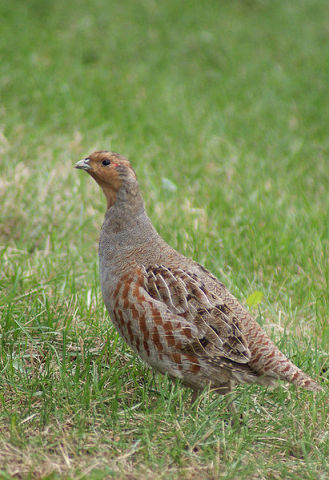 Grey Partridge (Photo by SriMesh/Creative Commons via Wikimedia)worse shape. Serious conservation is needed to
save the birds of Christmas. Either that or we will have to cancel the first two days of Christmas.

The song The Twelve Days of Christmas was first published in England in 1780 though it is actually much older. The song also appears to have originated in France as a game. One of the clues to the origin is in the partridge that starts the song. The partridges commonly found in France are much more likely to be found in trees.

The English partridge, or grey partridge, is a member of the pheasant family. It has been widely introduced to other areas around the world for hunting. While it is not endangered worldwide, in areas like Britain, it is declining rapidly, apparently due to extensive land cultivation. 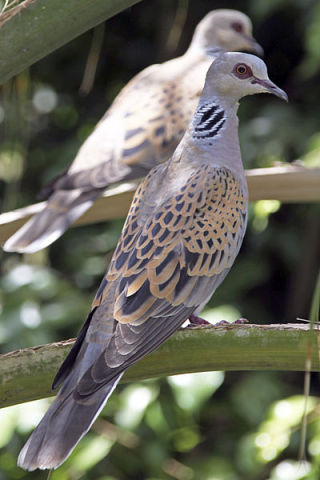 Two Turtle Doves (Photo by Yuvalr/Creative Commons via Wikimedia)The turtle dove is in the family of doves and pigeons. In addition to the song, two turtle doves were said to have been sacrificed for the Baby Jesus. They are considered to be one of the ultimate symbols of love and devotion, most likely because of the strong pair bonds that the birds develop.

According to the Royal Society for Protection of Birds the number of grey partridges has declined by as much as 30%. For the turtle doves the decline is even steeper -- up to 60%. Budget cuts by the British government and the European Union threaten the continuation of farm programs that support wildlife like these birds.

Waddle You Do For Christmas This Year, Penguin?
The Top 10 Wackiest Names For Animal Groups!
Comments