Dogs can always steal the show, even when they aren't actually present.
Back in 1952 Richard Nixon, then a Republican Congressman from
California and Vice-Presidential Candidate, had come under scrutiny for
improper use of campaign finances. In his own defense Nixon made a
speech explaining both his campaign 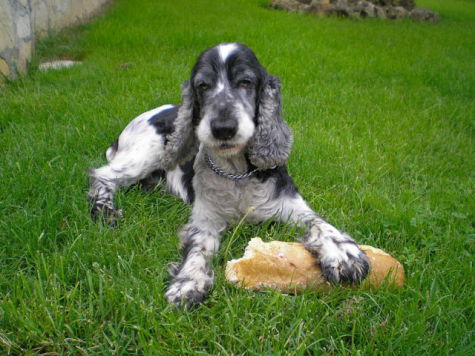 Black and White Cocker Spaniel (Photo by MaitaneGonzalez/Creative Commons via Wikimedia) and family finances. The speech
became famously known as the "Checkers Speech" because of his mention of
the family dog -- a cocker spaniel named Checkers.

The dog was actually a very small part of the speech -- barely two short paragraphs.  Nixon was outlining how his campaign finances were used strictly for his Vice-Presidential campaign and how the modest finances of his family were honestly earned and maintained. Checkers the dog was his one admission to possible impropriety -- the one gift he had accepted from a constituent. 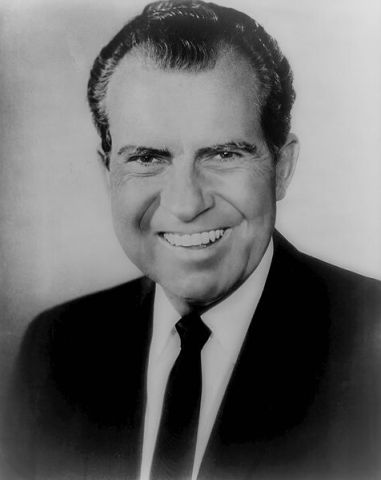 Richard M. Nixon, 37th President of the United States (Public Domain Image)A man in Texas had heard Nixon's wife, Pat, speaking on the radio and mentioning how much the children wanted a dog. The man immediately turned around and shipped a black and white cocker spaniel to the Nixons. The family had to go to Union Station in Baltimore to pick up a mystery package that had been sent to them. It was the dog and the children were immediately smitten with him. Daughter Tricia had christened him Checkers due to the pattern of his coat.

Many have since credited the dog with having saved Richard Nixon's political life. The simple, humanizing touch of the family dog seemed to have given Nixon some additional credibility at the time. It was a way of him showing that he, too, was a "common man."

Without this little political pooch history may have been much different. There would have been no Kennedy-Nixon debate, no Nixon presidency, no trips to open our world to Russia and China, and no Watergate.

Just the mention of a small dog was a turning point in history. Woof!

R.I.P. Jaws Ride -- The "Now Plowed Over for Harry Potter" Animal Video of the Day!!!