A veterinary clinic in Marseille, France, was in an uproar when
Chamallow came to live there. He was unwilling to remain captive as long
as he could do something about it. And so something he did. The little
escape artist managed to make his way out of every cage they tried on
him. So they finally caught him in the act on video to understand just
how he was getting out. 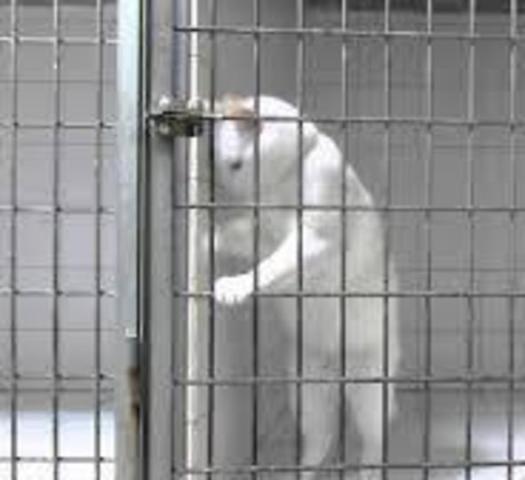 Chamallow (French for Marshmallow) is a clever white cat with an aptitude for mechanics -- and as an escape artist. He is the mascot for the clinic and a vet there has dubbed him "the king of escape." The entire clinic was baffled by finding him on the loose after shutting him in his cage for the night with food and litter. The next morning he would be there to greet them at the door as they arrived. They finally set up a camera to keep an eye on him.

It wasn't long before Chamallow made his move and worked out just how the closure on the cage worked, examining it carefully from time to time in the process. Each time the door of the cage popped open and he was free.

Once the staff got wise to the trick, Chamallow's Houdini ways were behind him. They have added another bolt to his cage so that he cannot open by himself. Please note that he is only put in the cage at night for safe keeping.