Cecil The Lion, King Of The Hill, ‘A’ Number One

The story of Cecil the Lion is now ubiquitous. His tragic ending at the hands of a nihilistic American hunter has 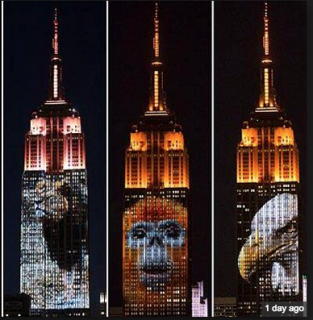 been rebuked as pure savagery. Much has been written and captured on video. This past week, Jericho, Cecil’s brother also received global attention when it was erroneously reported that he too was killed by poachers.

Fortunately, the world was relieved when we learned, he was not only alive and well, but had stepped up to take care of his brother's pride, while fending off other alpha males seeking to harm the cubs and usurp his authority.

While there have been numerous tributes organized to mourn the passing of Cecil, one that stands out literally and figuratively occurred in the city that never sleeps. This past week, an iconic New York skyscraper came alive with night-time imagery. The Empire State Building well known for its celebrated light shows and displays produced a sky-high reminder of the devastating impact the death of Cecil and his fellow endangered species has had.

Projected onto a 33-floor span of the building's 102-floor facade were still and moving images. In addition to Cecil, a snow leopard, tigers, lemurs, snakes, birds and sea creatures were prominently displayed to the delight of spectators (clearly visible to anyone within 20 blocks downtown of the building). In total, 160 species were featured on the skyscraper, and the projections, which started at 9 p.m. ran for three hours. 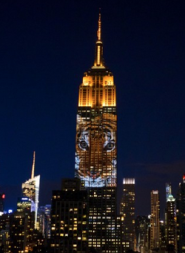 The $1 million-dollar spectacle, accomplished with the help of 40 projectors, were a first for the Empire State Building.  The project was initiated by the Oceanic Preservation Society and the filmmakers of “Racing Extinction,” an upcoming documentary about human's impact on threatened species.

“I’m hoping with this film and this event, we can raise awareness and start a movement,” the film’s director Louie Psihoyos (of “The Cove” fame) told the press.

Interesting to note that while Cecil wasn't included in the presentation originally, he was added to honor him after his tragic death. Hopefully this initiative and the subsequent documentary will spark more awareness worldwide about endangered species and why it’s so important that all of this planet's wildlife be able to live full and long lives -- not only for this generation, but for generations to come.

Cecil, New York City gave you a grand send off!

Your life meant something not only to your immediate pride, but 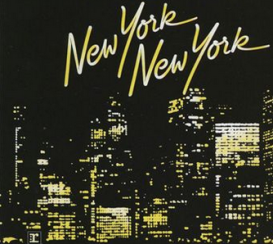 also to the collective global pride that mourns your death.

A Very Sleepy Owl -- The Animal Video Of The Day!!!

Mog's Christmas Calamity! The Animal Video Of The Day!!!

MacGyver the Lizard -- The Cool Pet Animal Video of the Day!!!
Comments