A fire in a Las Vegas apartment building that had been started by
fireworks turned out to be no match for one very brave feline. Cats
have long been known for their amazing jumping ability. This gray and
white puss shows it off to the max as it pushes off a second floor
balcony to escape the fire that engulfed the apartment behind it. 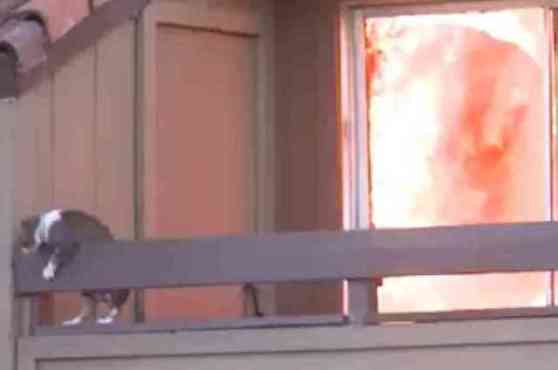 Cat Prepares to Leap from Balcony (You Tube Image)

The cat was trapped on the balcony when the blaze broke out. It checked out all methods of egress from the balcony before realizing that a jump was the only possible answer. The roof was too far out of reach and was likely becoming too hot anyway. 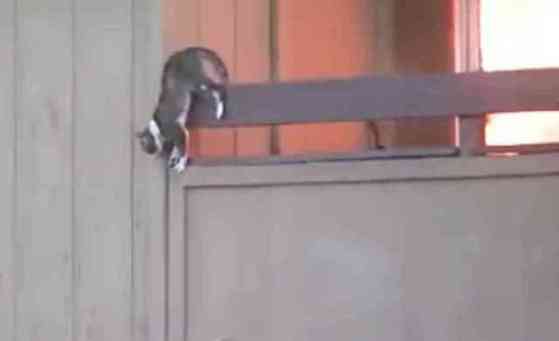 Cat Measures its Leap from the Burning Building (You Tube Image)

In the video shot by KLAS-TV at the scene, you can see that the cat makes the decision and does not take it lightly. It measures and re-measures the distance carefully as the crowd below shouts for the animal to jump to safety. Once all the calculations are made the cat leaps into the void. 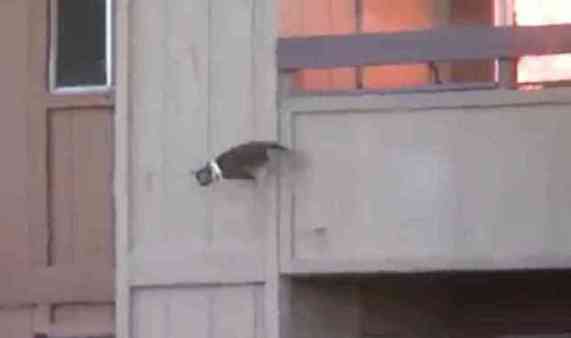 Cat in Midair (You Tube Image)

The cat landed unhurt and escaped all injury from the fire. While no humans were killed as a result of the fire that destroyed 50 apartments, 11 were injured. One dog did succumb to the effects of the blaze.

The entire conflagration was a reminder of the devastating effect of misused fireworks. It is also a testament to the lengths cats will leap to save themselves.

Memorial Day Safety Tips For Pets, Celebrating Without The Mishaps