Carrie The Dog Dances The Merengue

If you haven't heard of Carrie, the dancing dog, then it is time you
did. She has an amazing talent for dancing that would put other dancing
dogs to shame. This beautiful golden retriever from Chile does not
perform 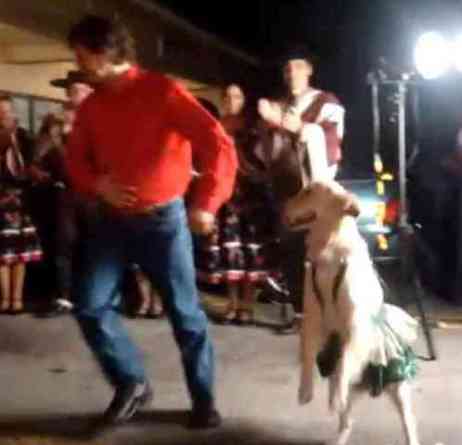 Carrie and Fuentes Dance the Merengue (You Tube Image)alone. She is teamed up with dance partner and beloved owner,
Jose Fuentes, and they are becoming world-famous.

Fuentes, a professional photographer, adopted Carrie when she was a puppy and right away she showed a determination to walk about on her back legs and even waves her arms. At the age of two she started dancing on her own. So Fuentes started to build on her natural inclination and began dancing with her to entertain family and friends. She learned so quickly that it was Fuentes who had trouble keeping up. 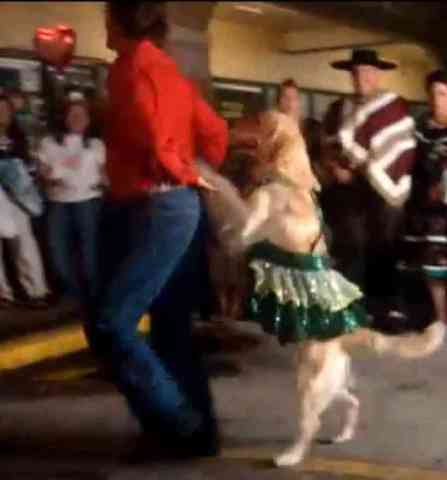 Carrie and Fuentes Dance the Merengue (You Tube Image) Fame started calling when they were asked to appear on talk show. She and Fuentes did some salsa dancing to wow the audience. In addition to the merengue and salsa, the pair can also do a mean cumbia.

Carrie, now seven years old, obviously loves dancing with Fuentes. Together they have taken their act on the road, including an appearance on The Late Show with David Letterman. While a guest appearance on Dancing with the Stars has as yet eluded them, Animal Planet has a documentary in the works for the dynamic dancing duo.

Kiwi! The "Happy But Sad" Animal Video of the Day!!!
Comments