Camels aren't the first animal you think of as being used in military
service. Horses, mules, dogs, and even elephants come in far ahead of
the camel. Yet in the mid-19th century the United States Army undertook a
controversial experiment to use camels as pack animals in the
Southwestern part of the country. 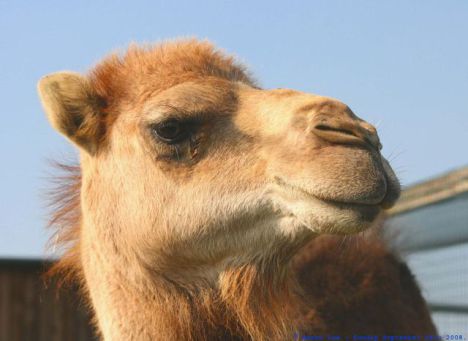 At that time there was a serious need to improve Army transportation in that area. Camels are hardy animals and they were well-suited to travel in the region.

The idea had been proposed and championed by Captain George H. Crosman
and Major Henry C. Wayne beginning in 1843. It was not until 1847-48
that the idea caught the attention of Senator Jefferson Davis of Mississippi. When Davis became Secretary of War in 1853 the program
was finally put to Congress. It was not until March of 1855 that Congress approved the funds to procure camels and attempt using them as pack animals for the Army, thus creating the U.S. Camel Corps (this may be a title given the project after the fact).

It was then that Major Wayne embarked on a journey to gather the necessary beasts. He went to Goletta, Malta, Greece, Turkey, and Egypt and came home with 2 Bactrian camels, 29 dromedaries, a dromedary calf, and a "booghdee" (a cross of a male Bactrian and a female dromedary). He also hired five camel drivers to come with them. 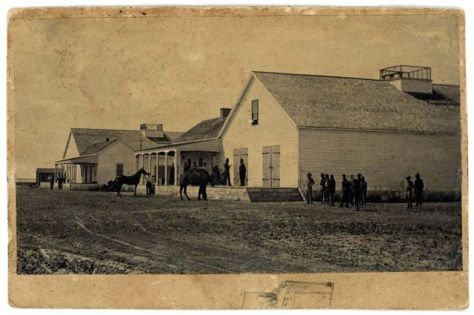 U.S. Camel Corps Barracks Near San Pedro, California (Public Domain Image)One of the Bactrians died on the sea voyage back to the U.S., but two more calves were born so that Wayne arrived home ahead of the game.

A second mission abroad procured an additional 41 camels. During that time five more of the original camels had died, leaving the Army with a total of 70 camels.

Initially the experiment was considered to be a great success. The camels proved to be strong and capable of moving well across terrain that was not conducive to horses. Their ability to go without water was a plus in an area where water was not always readily available.

The arrival of the Civil War shifted focus away from the Camel Corps. The unfamiliar animals also caused trouble with the horses and mules. By the end of the Civil War the train was swiftly making tracks across
the continent. The camels were no longer vital to the movement of goods
and troops across the landscape. 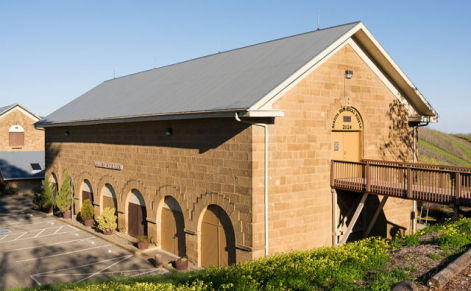 Eventually the program was ended and many of the camels were sold off to private owners. Others escaped into the desert and feral camels were sighted throughout the west well into the 20th century. The last known sighting was in Texas in 1941.

A small attempt was also made during the 1860s in British Columbia, Canada, to use camels as pack animals but the terrain tended to shred their feet. There were also issues there of the clashes between camels and mules there as well. This experiment also ended in failure.

In 1976 the movie Hawmps was produced. The storyline of the movie was loosely based on the U.S. Camel Corps.