Uh-oh… California’s lumbering beach-dwelling giants have contracted 2009’s deadly H1N1 virus, and we aren’t sure exactly how that happened.

The UC Davis One Health Institute and Wildlife Health Center had tested the elephant seals for diseases and were expecting common marine mammal ailments such as common influenza, but discovering that the animals were infected with the H1N1 virus was a complete shock. Elephant seals are the first marine mammals to have been discovered to be infected with the virus, which began infecting humans in 2009. 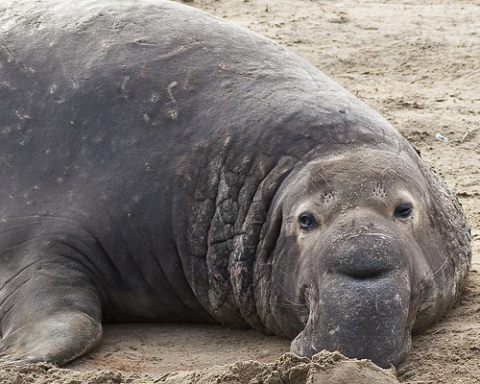 How these large seals initially became infected with swine flu is still unclear, but the most popular theory suggests that exposure to the feces of infected sea birds or another infected animals passed along the virus. Although H1N1 was discovered in over 30 elephant seals, after swabbing the noses of 900 marine mammals in the study, the burly beasts seem to be impervious to the disease, show no outward symptoms of swine flu and they haven’t discovered any other infected seal species.

This discovery is especially important for medical and environmental researchers, as the study gives insight into the ability for new virus strains to travel long distances and how it adapts to certain host species. That said, anyone working with or around marine mammals should wear protective clothing and disinfect themselves thoroughly after handling the animals to prevent an accidental transfer of the disease to humans. 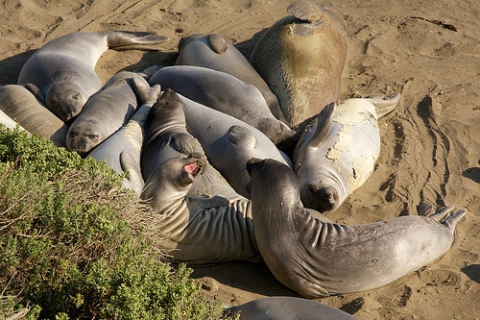 Northern elephant seals are commonly found on the western coasts of North America, from Alaska to Mexico. While adult males can weigh over 5,000 lbs., females rarely weigh more than 2,000lbs. These carnivores feast on a variety of squid and fish. Male elephant seals are famous for their bloody and aggressive fights over harems of female seals, as seen in the video below:

Crazy Bouncing Dog Reminds Me of a Certain Cartoon: Crazy Animal Video of the Day!
Comments