The coast of California is being visited by a different kind of tourist
these days -- rare black sea nettle jellyfish, also known simply as
black jellyfish. According to scientists they are being drawn closer to
shore by the unusually warm water. This is not great news for swimmers
and surfers as more and more report encounters with the creatures and of
being stung. 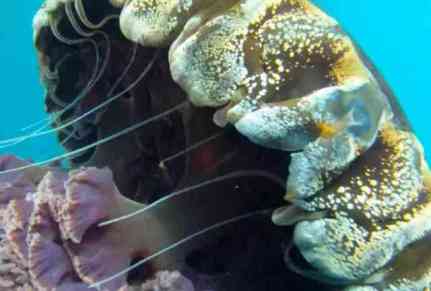 The creatures normally inhabit the Pacific waters along the western coast of North America -- they just usually don't come so close to shore. With a bell that is such a dark purple that it often appears black and that can grow up to about a meter across (approx. three feet). The tentacles can grow to be 30 feet long. These tentacles are where the danger to humans comes in. Each tentacle is equipped with thousands of nematocysts each of which contains toxin and a delivery system to make it really sting. 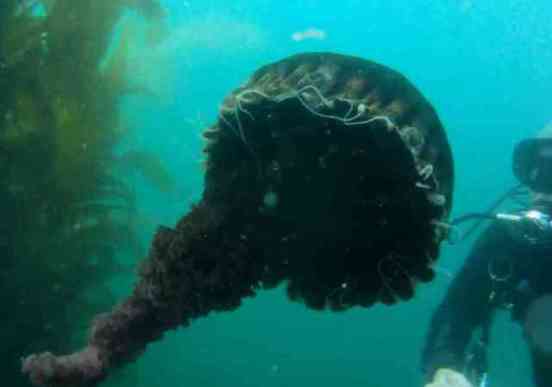 The jellyfish were first identified in 1999 even though there have been photos taken since 1926. During most years their whereabouts are unknown and little is known about the creatures. 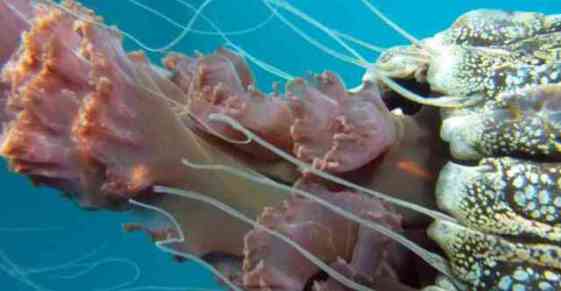 The unusually warm water along the coast of Southern California may be bringing the jellies closer to shore in search of prey. Numerous people reported being stung last week at Thousand Steps Beach and came ashore covered in bits of black membrane from the creature after it was dismembered by the shore break. This led to the belief that they were most likely the rare black jellyfish.

Not to worry, though. Despite the size of the creatures, humans are not of the menu. They far prefer to feed on plankton and other jellyfish. There is no word on when they are likely to leave the area. Last August they were along the coast of San Diego -- just a little further south than this year's invasion.