Roads in England have been collapsing and it appears to be sabotage, but
it isn't terrorists or criminals that are behind these incidents. The
answer is right there in black and white, though in the form of badgers.
They 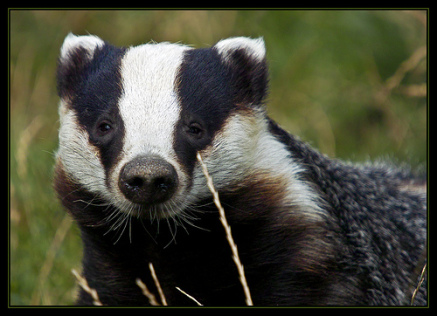 Badger (Public Domain Image)have been creating their burrows, or setts, under the highways.
These holes are destabilizing the roads.

The repair of these roads is hampered by the fact that the badger setts are protected under English law and permission to disturb them must be received from Natural England before they can move the little weasels.

The badgers are burrowing just beneath the tarmac and the holes sometimes extend from one side all the way to the other. This makes it necessary to close the entire road. In some cases people frustrated by the road closure have moved the signs to continue using the roads in spite of the safety risks.

The Real Tigger? The Animal Video Of The Day!!!

Helmeted Guineafowl: Fugly Friday
It Takes A Village & An Executive Order To Save African Wildlife
Comments