Why The Howler Monkey Is A Bad Pet Idea

If you’re looking for an exotic companion that will take away some of the thunder from dog and cat owners and their adorably fuzzy friends, there are plenty of viable options to choose from depending on where you live. For example, throughout most of the United States, you could adopt an iguana, hedgehog or macaw and you’d turn heads as the most unique pet owner on the block. However, there are some nature fans who try to raise the bar by bringing home a creature that they probably shouldn’t, like today’s featured fauna: The Howler Monkey. 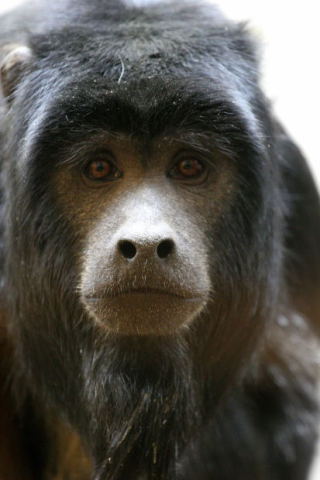 There are a total of 15 unique species of howler monkeys that thrive in Central and South America. Howlers are large, arboreal and herbivorous primates that sleep at least 15 hours each day between gorging themselves on a diet mostly composed of leaves and fruit. They received their name due to the intensely loud roaring/belching vocalizations that they make that can be heard up to three miles away. Howler monkeys spend nearly their entire lives in rainforest canopies, and their specialized prehensile tails perform as a fifth limb to securely grasp onto tree branches. They are the largest monkeys in the western hemisphere and can weigh up to 22 lbs.

So if you think that you’re going to be cute and take home a baby howler monkey as your new best friend, I’ve got some news for you. First off, this monkey isn’t one of those cute little “sit on your shoulder while you grind an organ on the street corner” primates- They are large, heavy and generally crabby towards people. When howlers discover jungle travelers in the wild, they often roar to let everything within three miles know that the adventurers are there, and sometimes toss branches, fruit and other things out of irritation for invading their territory. What are you going to do when the 22lb. grumpy monkey claims your home as its territory?

If you can get past the fact that your howler probably won’t want anything to do with you, I hope for you and your neighbor’s sakes that the monkey’s enclosure is soundproof! Sure, you know they are extremely noisy, but what’s worse is that they start roaring from about 4am through sunrise. Is making you the least popular person in the area and paying daily noise ordinance fines worth having a pet that will probably bite your face off if you try to snuggle it?

You’re still not convinced? Well then, good luck actually legally obtaining a howler monkey!* Many individual states, such as Florida, Alabama and California, recognize that these huge primates are potentially dangerous animals and require expensive permits and/or proof of an enclosure that is worth housing your ear-blastingly loud, threatening and expensive “pet.” From what I can tell, Montana looks like a safe place for you to legally live with a howler monkey, but why would you want to? 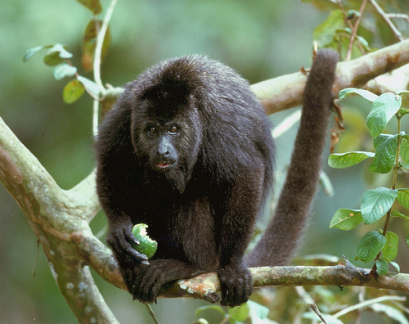 Do yourself a favor, and enjoy these beautiful animals by going to the zoo, watching a nature documentary or by saving your cash for a hiking trip in Brazil. There are just too many other animals out there who would be more than happy to be your buddy, so forget about taking in a howler, and head over to the Petfinder website to see who’s waiting for you right now!

*Be sure to check with your state and local laws as far as primate ownership goes, as the laws might have changed by the time you read this!