Researchers have found that about 40% of Atlantic salmon are being
infected and killed by the parasitic salmon louse. They say that the
actual number in the wild could be as high as 55%. The parasite embeds
itself 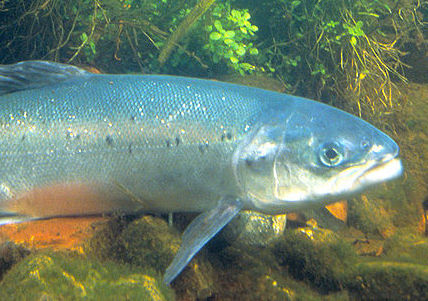 Atlantic Salmon (Public Domain Image) just under the skin of the fish and lives off of the skin, mucus,
and blood of the host.

In a study the researchers tagged and released thousands of salmon young into the wild. Half had been treated with a parasiticide and half were not. After a year in the wild some of the fish were recovered and examined. It was then that they discovered that nearly 40% of the salmon were infected and dying from the lice. 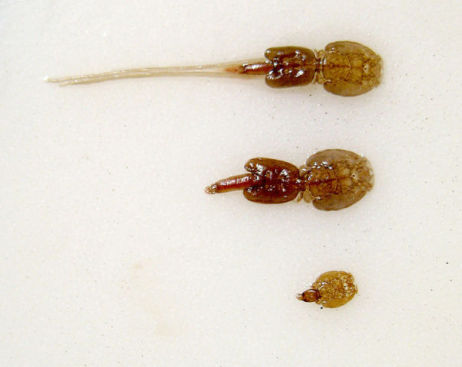 Salmon Louse (Photo by Thomas Bjørkan/Creative Commons via Wikimedia)Although the parasiticide was able to significantly reduce the number of fish infected and increased the survival rate, a significant number were still killed.

Since salmon return to their home rivers, there is concern for the fish to spread the parasite to other population groups. This concern also extends to the smaller gene pool created by the deaths will weaken the genetic diversity of the fish, leaving them more susceptible to environmental changes.