Armour For Mice: To Protect Them From Cats, Of Course 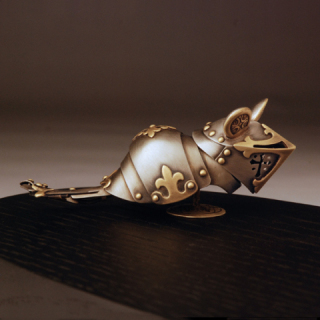 Crusader Mouse armour by Jeff de Boer: © Jeff de BoerCats have been in the news lately; for one, because a farmer in New Zealand has put out a petition to outlaw them from the country because of their danger to wildlife. Cats are very dear household pets to New Zealanders, as well as others of us around the globe.  It might be easier to armour the country's wildlife than to get us cat lovers to give them up.

Quite besides that point, however, Canadian metal artist and jewelry designer Jeff de Boer has indeed created suits of armour for mice, not out of a need to save the breed from the likes of cats, but of a need to follow three loves of his - sculpture, history, and suits of armor.  He had already made about half a dozen suits of armour for humans, based on his studies of ancient Rome, the Medieval and Renaissance periods in Europe, as well as the Edo period in Japan.

He reports that his first animal armour was made for a cat - curiosity led him to it, even though he was supposed to be working on his first project in jewelry-making class.  The Tournament Cat armour below is not de Boer's first cat armour.... 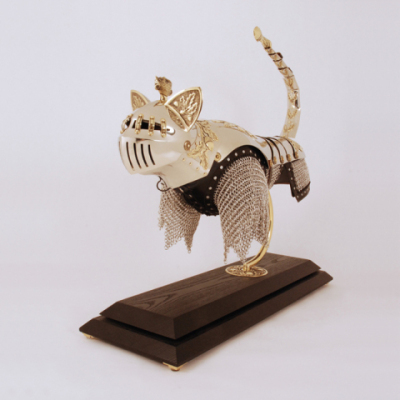 ... but one of several he's created.  The Tournament Cat armour is made of nickel, aluminum, leather, brass, and wood.  Spectacular, isn't it?

As for the mouse armour, de Beer writes that after he designed his first cat armour, he immediately started thinking of the 'opposite,' and that's when he started his first mouse armour.  Here are just a few mouse armour sculptures from his portfolio: 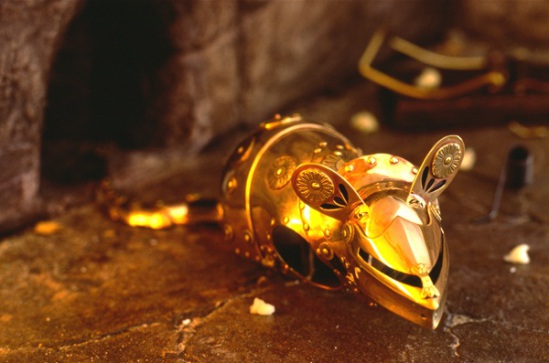 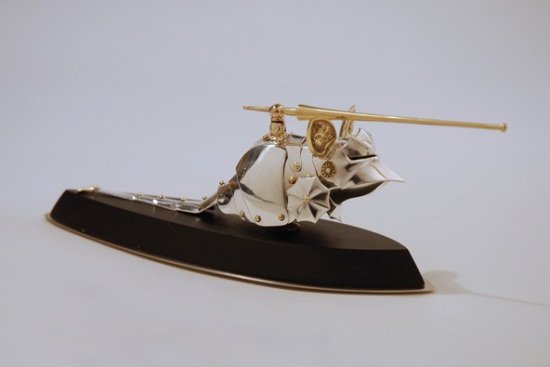 This set of The Seven Samurai Mice are magnificent mouse-size works in copper, brass, and mixed media. 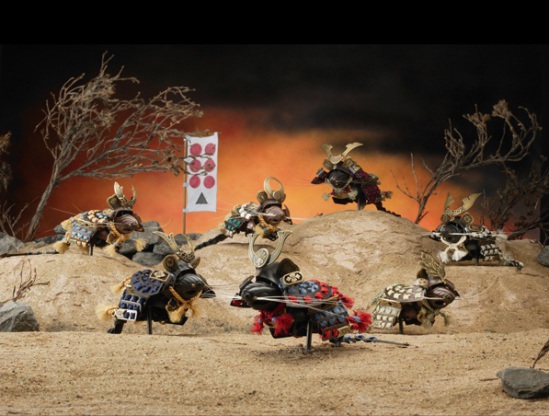 Finally, I'll share one of my very favorites, the Persian Cat and Crusader Mouse in steel, nickel, and brass. 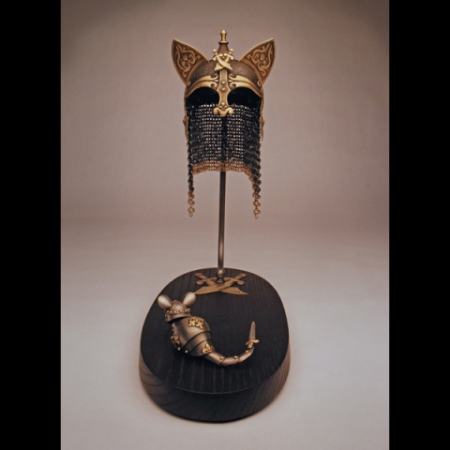 I encourage you to see the rest of de Boer's work - it's not all about cats and mice, but it is all magnificent.

Ormie the Pig -- The Animated Animal Video of the Day!!!
Black-Throated Bushtit With The Funny Name
A Story in Pictures - Digital Painting and Illustration of Angelos Agiostratitis
Well, Son Of A Beach! Animal Art From Discarded Flip Flops
Comments