Sex and the City Zoo 4: Sexy Beast, a celebration of romance in the animal kingdom, inspired by Valentine's Day, will take place at the Los Angeles Zoo & Botanical Gardens on February 9, 2013.  The adults-only fundraiser has been a hit for the last three years, filled with those who are very curious about 'animal attraction.' 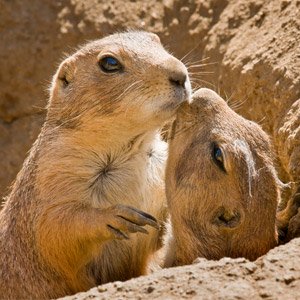 The evening features a talk by actress and interpretive naturalist of zoology, Joleen Lutz. That should be entertaining as Ms. Lutz is not only an actress, but is known as an animal expert who has appeared in that role on Animal Planet and The Tonight Show with Jay Leno.  She has also been volunteering as a docent to the Los Angeles Zoo for several years.

Following the talk, attendees will be invited to join an 'animal walk-about,' giving them the opportunity to observe small animals and talk to many of their keepers.  A special catered dinner is also planned at the Zoo's restaurant with wine and dessert; tickets are separate from the Sexy Beast event.

Sounds like a very special way to celebrate Valentine's Day and help the Zoo raise money for its number one cause: conservation.

Conservation
Cute
Educational
Fun
Fun Stories
News Stories
Valentine's Day
Wildlife
Record Number Of Hawks Hit By Cars In Colorado Last Month
10 Early Entries To The Comedy Wildlife Photography Awards That Will Make Your Heart Smile
Squirrel Learns to Purr When Adopted by Cat! The Animal Video of the Day!!!
Young Pandas Are So Smart They Even Use Their Heads For Climbing (w/video)
Comments