Animal rights groups have joined together to persuade 2012 London Olympic organizers to leave live animals out of the opening ceremony.  Director and producer, Danny Boyle, presented a model of green pastures that would be the setting for opening ceremonies.  The country setting will lead to an urban setting later in the show.  The green pastures part of the show would include over 100 animals grazing and working.

Highly noted for his direction of Slumdog Millionaire, Boyle's model begins with open fields of grass with animals grazing, fields being plowed by horses, people playing cricket, and an overall farm land, sunny day feeling.  The animals in the setting include 12 horses, three cows, two goats, 10 chickens, 10 ducks, nine geese, 70 sheep, and three sheep dogs.  Animal rights groups are worried about the distress the hectic environment would put on the animals, but say the animals may be protected under the 2006 Animal Welfare Act. 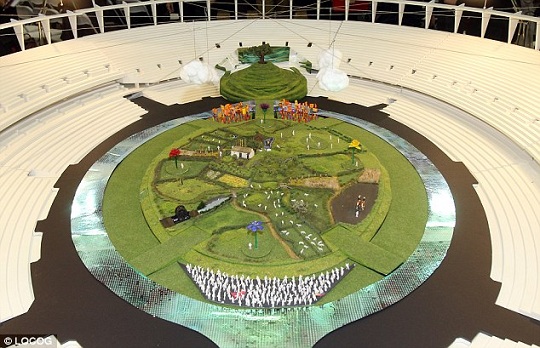 A model of the grass fields at the beginning of the 2012 Olympic opening ceremonies.

The groups have written a letter to the Olympic organizers reminding them that the 2006 Animal Welfare Act protects animals from intentional fear and distress.  The six animal rights groups involved include Animal Aid, Animal Defenders International, Captive Animals Protection Society, Compassion in World Farming, Peta, and Viva.  They claim that the opening ceremony would indeed intentionally put the animals in an environment of undue fear and distress stating it would be "highly stressful and probably terrifying."  Their concern is the environment of cheering crowds, bright lights, and loud music.  This puts the animals in a place completely different than their natural surroundings, and they would be prevented from their natural instincts to run and hide.

In response to the letter Olympic organizers said they will work with The Royal Society for the Prevention of Cruelty to Animals to ensure the safety of the animals.  Boyle even made a statement that the animals will be "better looked after than the volunteers."  The RSPCA claims they will be with the animals beginning at rehearsal all the way through to the part of the ceremony where the animals are no longer needed.  They claim this will allow them to oversee that the advice they have given Olympic organizers about how to handle the animals is used. 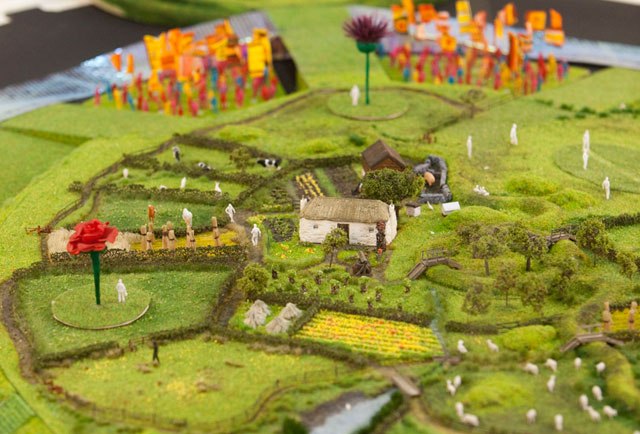 Animals can be seen grazing in the model for the scene of opening ceremonies.

The RSPCA also notes on their website that they do not condone the use of animals in this way, but they welcome the opportunity to work with the Olympics to promote kindness to animals.  They will also ensure that the animals are removed promptly after their part of the show and especially well before any fireworks displays.  Despite the suggestion to use an animatronics display, it looks like the show will go on with the live animals being helped along by RSPCA specialist consultants.

Sleepy Baby Burro -- The Animal Video Of The Day!!!
Comments