America’s rare “Hogzillas” might be massive feral domesticated swine, but the giant forest hogs of central Africa take the prize as the world’s largest wild pig species. Adult giant forest hogs can weigh up to 600 pounds, and that’s a whole bunch of bacon! 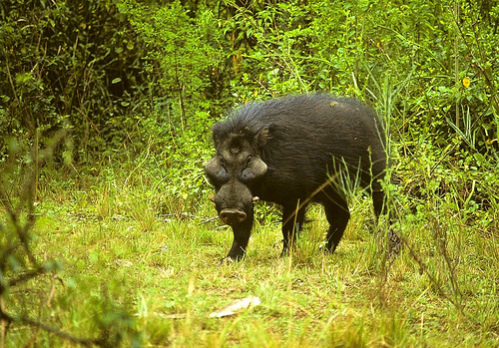 The giant forest hog was first classified in 1904, which made the behemoth one of the last large mammals to be documented on the African continent. To put the giant forest hog’s girth into perspective, the classic Eurasian wild boar weighs in at a mere 150-400 pounds when they reach adulthood! That said, the size of domesticated swine, such as the Yorkshire pig’s average adult weight of between 600 and 1,000 pounds, is directly attributed to their selective breeding over many generations.

Giant forest hogs can be found throughout Central Africa, where they graze on an omnivorous diet of plant matter, worms, bird eggs and other low-lying meals. Although they are potential prey animals for hyenas and leopards, between their bulk, strength and knife-like tusks, carnivores have to work especially hard if they want a ham dinner! Although a generally widespread and populous species, eastern giant forest hog populations are estimated to be in decline as Ugandan hunters have turned to the big pigs as a huge protein-packed source of meat. 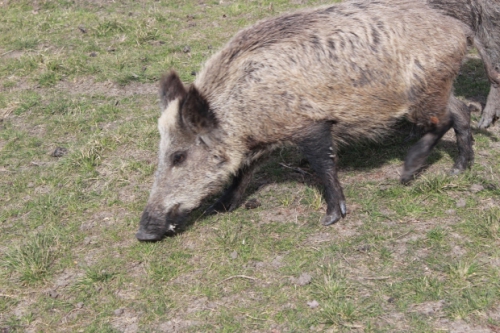 Eurasian boars aren’t nearly as large as the giant forest hog, and a 400 pound Eurasian boar is no joke!

Although the legal hunting of the giant forest hog might be on the rise, the massive pig’s adaptability, cleverness, natural weaponry and 600 pounds of muscle will ensure that they remain earth’s largest wild swine. I didn’t think that giant pigs could be any cuter, but did you see the video? Adorable!