In an bizarre twist of a 'circle of life' tale or, perhaps, just a scientist's desire to immortalize one of his favorite movie stars -- an extinct crab-like creature is seeing the light of day, after 505 million years of anonymity.

A fossil of this organism was just discovered by researcher David Legg. The anthropological find was unearthed at Kootenay National Park in British Columbia, Canada -- but would have originally lived much closer to the equator 500 million years ago, during the Cambrian period. There was no reason noted in the research as to why the fossil was uncovered so far north. 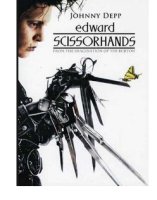 Considered a distant ancestor of lobsters and scorpions, it had pinchers reminiscent of the iconic character of Edward Scissorhands, the much misunderstood monster played by Johnny Depp in the eponymous 1990 Tim Burton movie.

Pursuing his PhD from the Department of Earth Science & Engineering at the Imperial College of London, Legg noted, "when I first saw the pair of isolated claws in the fossil records of this species I could not help but think of Edward Scissorhands."

"Even the genus name, Kootenichela, includes the reference to this film, as 'chela' is Latin for claws or scissors," Legg added. "In truth, I am also a bit of a Depp fan and so what better way to honor the man than to immortalize him as an ancient creature that once roamed the sea?" 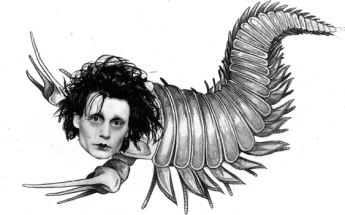 Legg believes his Kooteninchela deppi fossil, which measured just 1.5 inches (4 centimeters) in length, would have burrowed across the sand in a shallow sea environment, hunting or scavenging for food. Its large claws have elongated spines, which may have been used to capture prey or probe the seafloor for meals concealed under the sediment.

Depp is far from the first celebrity to get a taxonomic tribute. From a fly named after Beyonce to a beetle honoring Roy Orbison, the rich and famous have sometimes had entire species named after them, an honor once reserved for scientists only in the past. 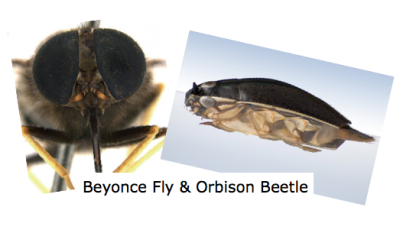 Depp's portrayal of enigmatic characters has earmarked him as one of today's most versatile actors. From Jack Sparrow, to Ichabod Crane to Sweeney Todd and the Mad Hatter, he has never failed to amaze and delight his audiences with his iconic histrionics.

And while there's no indication he'll be portraying Kooteninchela deppi any time soon, this summer, he'll come close to assuming the role of another animal. When appearing as Tonto in the 2013 movie, "The Lone Ranger," his headdress and make-up conjures up the appearance of a Corvus brachyrhynchos or what is commonly known as a crow (for more on what went into his metamorphosis for that role, see my previous post, "When The Crow Became The Leader & Kemo Sabe, The Sidekick"). 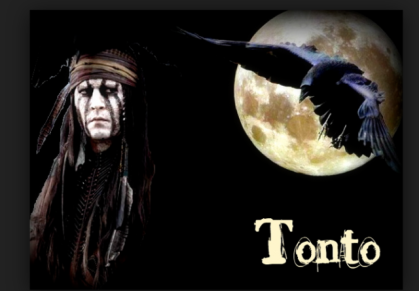 Giant Squids off of the Sea of Cortez! The Animal Video of the Day!!!
Chickens Are More Useful For Fire Safety Than Cats
PetsLady's Pick: Fun Pair Of Kings Of The Day