Paua stocks along the Kaikoura coastline of New Zealand have been
decimated by poaching. The poachers not only harvest illegally, but up
to 75% of what they harvest will be under the legal limit and not have
reached the maturity to reproduce. During the month of October a group
of divers known as Paua3 restocked the area along the South Island with
200,000 baby paua to replenish the diminished population. 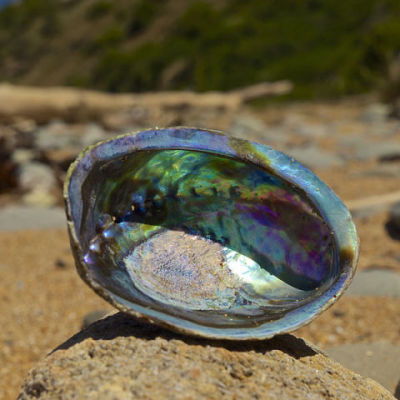 Paua is the Maori name for the large, edible sea snail known in Australia and the United States as abalone, and in the United Kingdom as ormer. The creatures are harvested both recreationally and commercially, but strict limits are imposed on both. They may only be caught free diving, scuba gear is not allowed. For recreational divers the limit is ten per day.

An extensive black market in the collection and sale of abalone meat encourages the illegal harvesting of the paua. To the Maori the paua is considered treasure since it is a source of food as well as a resource for the materials used in contemporary and traditional arts and crafts. Paua can also be used in the production of pearls.

The paua being returned to the Kaikoura area are just a year old. It will take another five years for them to be mature enough to be harvested. At four years they will reach the maturity to reproduce. A year later they will be large enough to harvest.

Those involved in the re-population of the paua are facing an uphill struggle to reach a 10 to 50% survival rate for the gastropods. In addition to the poachers, the paua face challenges from habitat, predators and weather.

The Paua 3 association is a collective of groups who own rights to the commercial harvesting of the paua. The annual reseeding program is funded through fees levied on each of the quota owners.

British Parrot Speaks Spanish After Being MIA For 4 Years
Comments