15 Cutest Critters Sure To Warm Up Your Thanksgiving 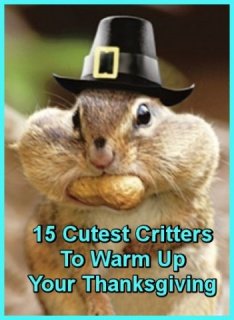 Thanksgiving is just around the corner and one of the things that we are
truly thankful for is the pets that bring such love and joy to our
lives. They are our best friends, family members, and roommates. With
all they do for us do they really deserve to be treated like this? Maybe
not, but they sure do make your heart melt like butter in a biscuit! 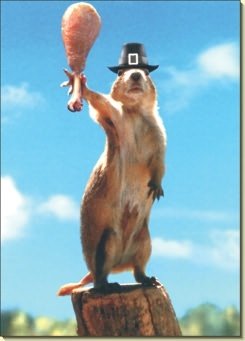 They can take away our Jello mold -- but they'll never take our turkey legs! 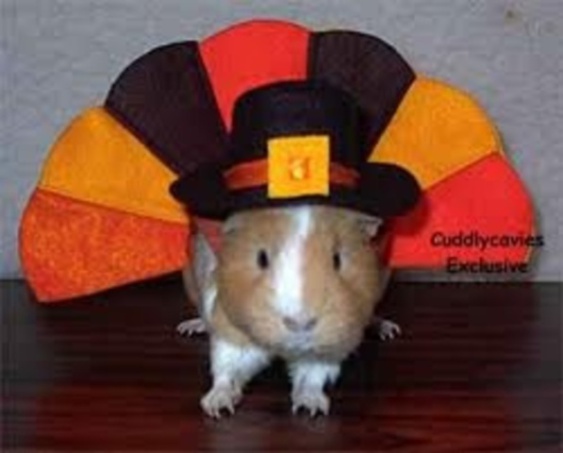 So what is this Guinea pig so thankful for? That's easy. He's thankful that we aren't having Guinea ham for Christmas. 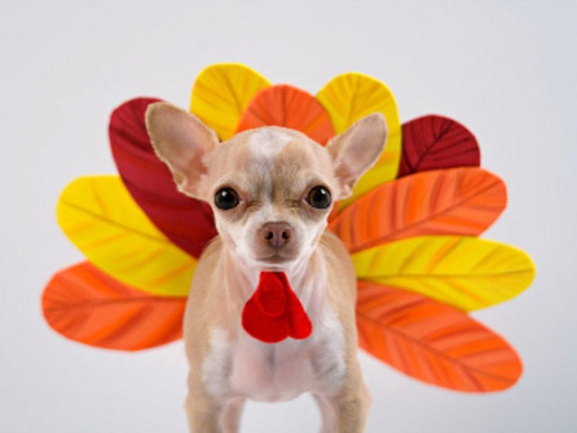 Direct from Chihuahua, Mexico. Hot sauce not included. Possibly the cutest turkey-dog on the planet. 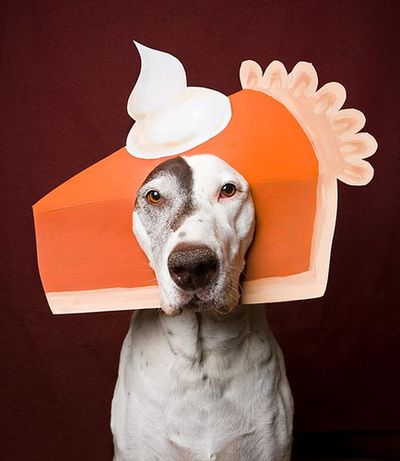 The human always did call me Pumpkin. I just never took it quite so literally! 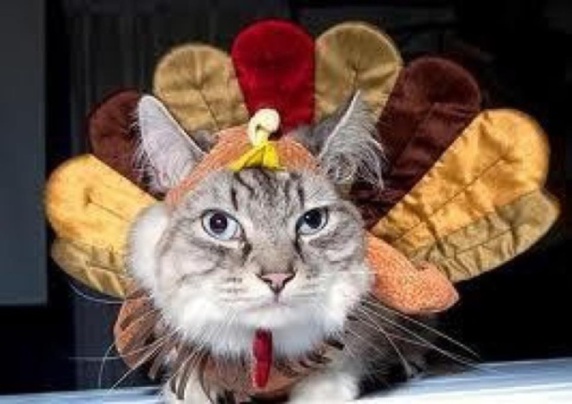 Some
people swear that having a turducken is the ultimate in Thanksgiving
birds. The Turkcat is a close runner up, but it is not edible and isn't
shy about cutting you if you laugh. 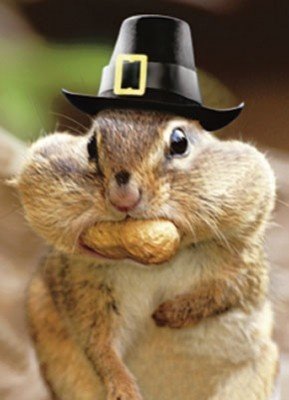 No One Can Eat Just One (Photo via Pinterest)

Peanuts? What peanuts? No, I just have the mumps. I swear! 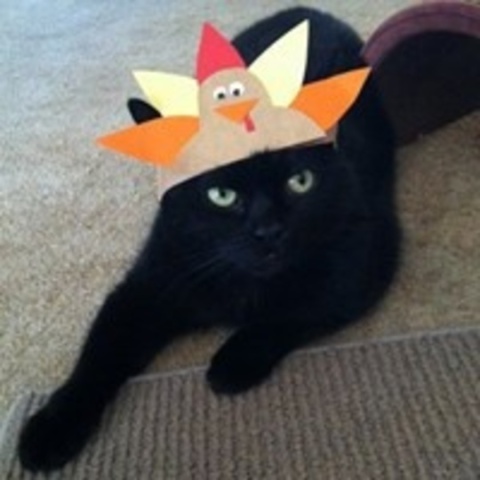 8. I Can't Believe I Ate The Whole Thing! 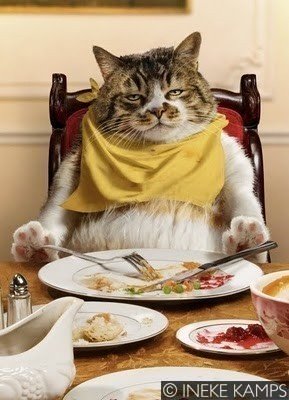 I Can't Believe I Ate The Whole Thing! (Photo via Pinterest)

You ate it Ralph! Burrrrrp! 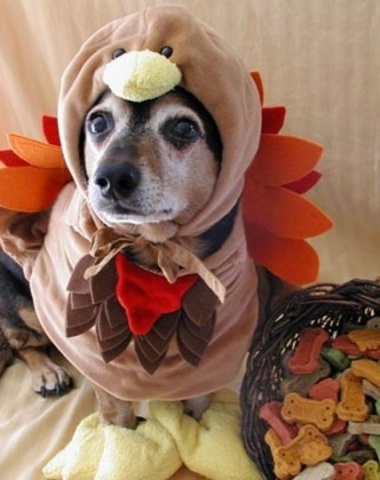 Couldn't I just go to the vet for the cone instead? Please? 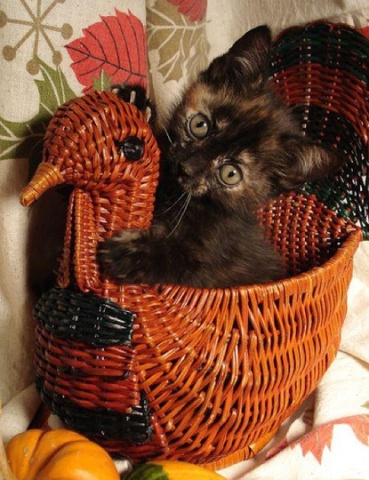 Okay,
this may actually be a chicken (it's hard to tell when it comes to
wicker), but the kitten was worth the inclusion just for the "Awwww"
factor. 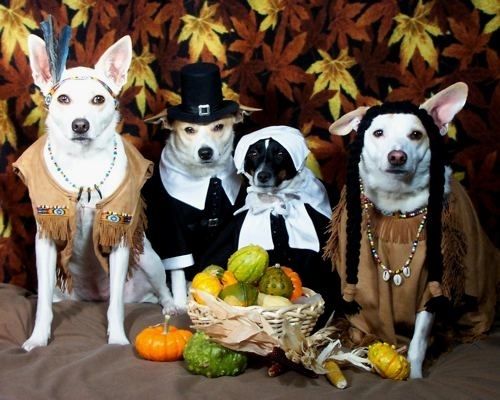 Tableau? We thought you said table! We're outta here till the food is ready! 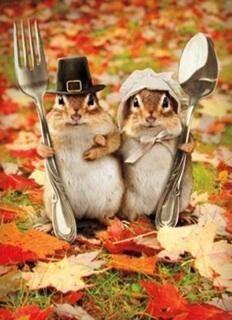 Show us to your stuffing! 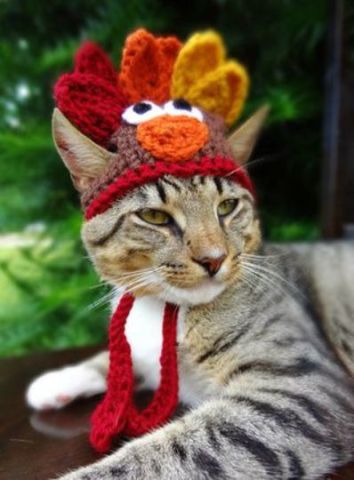 Now get this thing off of my head or there will be cat to pay! 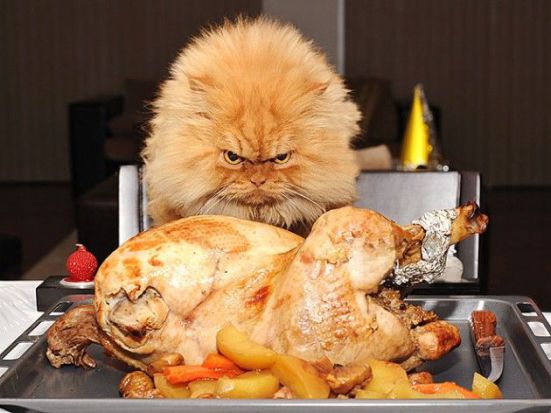 I can rip this bird open with my bare claws! 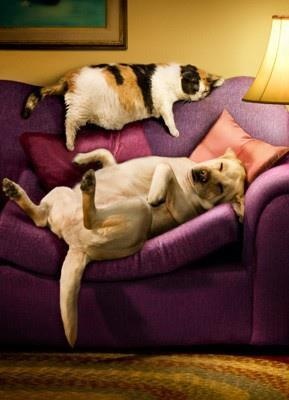 The best part of any holiday. . . (Photo via Pinterest)

. . . is recovering from it together!